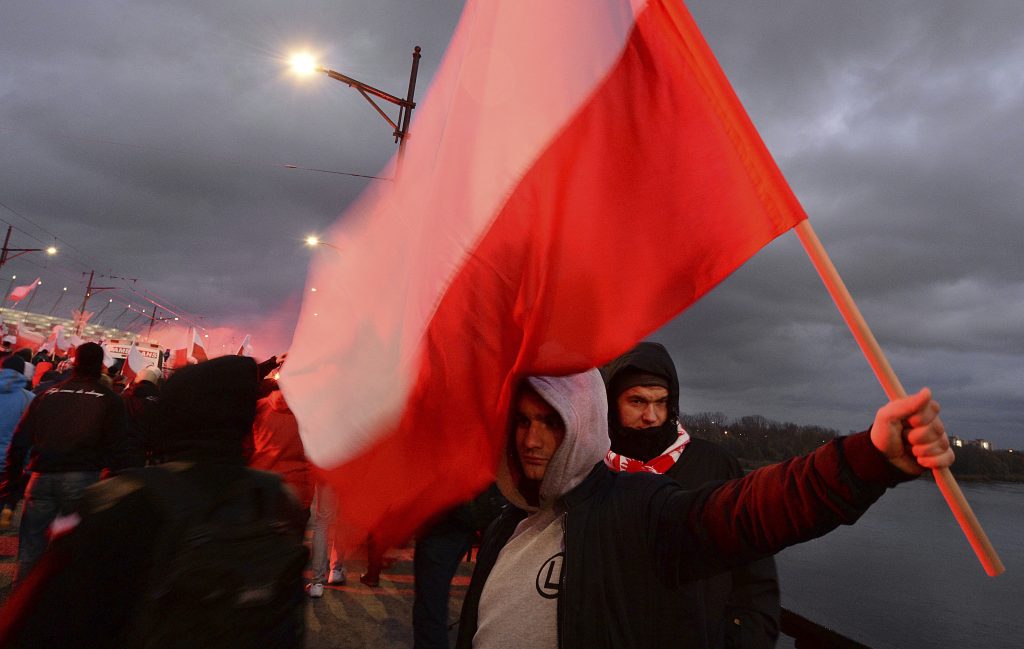 The European Commission on Wednesday voiced fresh concerns over Poland’s plans to reform its courts, and EU lawmakers accused Warsaw of promoting intolerance, reflecting deep fears for the rule of law in the country.

Poland’s nationalist, socially conservative ruling party, Law and Justice (PiS), in power since late 2015, is at loggerheads with the EU over its push to bring the courts and state media under more direct government control, as well as over migration and the logging of a primeval forest.

PiS says the court reforms are needed for Poland’s moral renewal and accuses the EU of heavy-handed meddling in the country’s affairs. Critics say the changes threaten judicial independence and spell an erosion of democratic standards.

PiS-allied President Andrzej Duda unexpectedly vetoed two of the government’s judicial reforms in July and presented his own version of these draft laws, infuriating PiS leader Jaroslaw Kaczynski and precipitating a power struggle in the ruling camp.

The European Commission’s deputy head, Frans Timmermans, told the European Parliament on Wednesday that even the draft laws proposed by Duda — which would row back somewhat from the options for direct government interference in the judiciary envisaged in the original PiS bills — were not acceptable.

“At this preliminary stage of our assessment, the Commission already notes that certain issues in these draft laws could raise serious concerns,” Timmermans told EU lawmakers in their fifth debate on concerns about the rule of law in Poland.

Timmermans urged Warsaw to align the drafts with EU democratic on judicial independence.

EU concerns about developments in Poland escalated after a nationalist rally in Warsaw at the weekend, which saw participants, their faces covered, waving banners bearing anti-Semitic, racist and xenophobic slogans such as “pure blood, clear mind” and “Europe will be white or uninhabited.”

Both Duda and Kaczynski condemned the racist banners, but the government defended the march itself, held to mark the 99th anniversary of Polish independence.

On Wednesday, Foreign Minister Witold Waszczykowski said that the march, an annual occurrence since 2010, was valuable and important for stirring patriotism and love for Polish history.

“There were incidents, it is true, there were banners and slogans that should not be there (…). The incidents are of course, reprehensible,” Waszczykowski told reporters.

But, he added, the reaction of some politicians and some global media had been “manipulated” and “extremely” exaggerated.

“It is not based on facts; it is based on fake news. I did not see any banners condemning the Jews, for example (…) There were references to migrants or refugees, but I did not hear of any anti-Semitic behavior.”

Interior Minister Mariusz Blaszczak, who ordered no detentions or arrests of nationalists who displayed white-supremacy slogans — though some counterprotesters were detained — said he “didn’t see” any racist banners and thought the Independence Day rally had passed in “a very good atmosphere.”

Prime Minister Beata Szydlo told the conservative wpolityce.pl news portal on Wednesday that Poland is “free” of anti-Semitism and racism. “Marginal incidents should not be identified with the whole nation,” she said.

But the International Auschwitz Council, an advisory body to Szydlo’s office, said it was alarmed about the resurgence of racist and anti-Semitic attitudes and public hate speech.

“Knowing the tragic history of Auschwitz-Birkenau, there is no doubt where it can lead,” it said in a statement. “We therefore appeal to European governments for a strong response and effective countermeasures.”

Many members of the European Parliament on Wednesday joined Jewish and human rights groups in expressing alarm at the attitudes on display during the Nov. 11 rally.

“This was happening in Warsaw, in Poland, at less than 350 kilometers from Auschwitz and Birkenau,” said Guy Verhofstadt, head of the EU parliament’s liberal group, referring to the Nazi death camp set up in occupied Poland where more than a million people, mostly Jews, were killed during World War Two.

“Poland could still be a leader in Europe, but has degraded itself… by politicizing the constitutional court, curtailing civil society, muzzling the free media,” he said.

EU lawmakers voted by 438 to 152 against to demand that the 28 member states punish Warsaw by triggering Article 7 of the EU treaty, a procedure that could lead to Warsaw losing its voting rights in the bloc.

Such a move is highly unlikely as it requires unanimity, and Poland’s ally Hungary — whose right-wing government is also under fire from Brussels — has promised to block any sanctions.

A more likely punishment would be reducing the generous development funds Poland receives from the EU.

The Polish foreign ministry rejected the criticism from Timmermans and the European Parliament, accusing them of stigmatizing an EU member state.

“There is nothing happening in Poland that would demand a debate by 700 members of the European Parliament,” Waszczykowski told reporters.