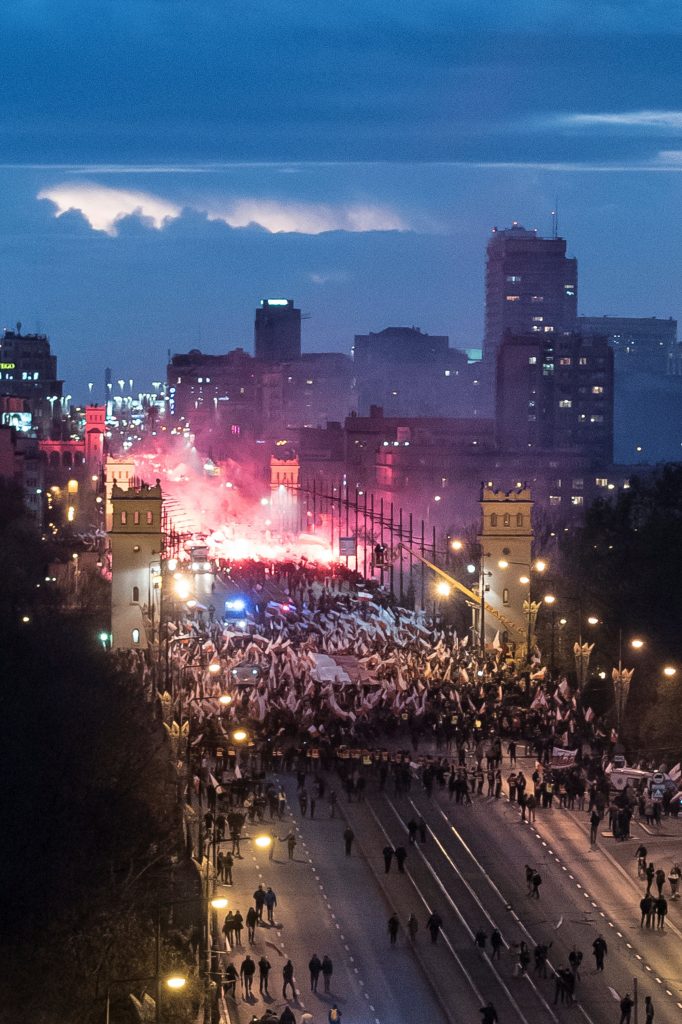 Poland’s Foreign Ministry said Monday that it strongly condemns racist, anti-Semitic and xenophobic ideas, but insisted that a large weekend march by nationalists in Warsaw was largely an expression of patriotic values.

The Ministry said that the march Saturday on the Independence Day holiday was “a great celebration of Poles, differing in their views, but united around the common values of freedom and loyalty to an independent homeland.”

The event was organized by groups that trace their roots to radical nationalist pre-World War II anti-Semitic groups. Some 60,000 people took part, including families with children and older people. But there were also young men carrying banners with messages including “White Europe of brotherly nations.”

Some carried the Celtic Cross, a white supremacist symbol.

“We hope that Polish authorities will act against the organizers,” Nachshon said in a statement to The Associated Press. “History teaches us that expressions of racist hate must be dealt with swiftly and decisively.”

The Polish Foreign Ministry said it was not justifiable to define the march based on some “incidental” elements. Underlining its opposition to extremism, the Ministry recalled that it had opposed a visit to Poland by Richard Spencer, the leading American white nationalist.

Spencer was originally to have attended a conference in Warsaw a day before the march, but he was taken off the schedule after the Ministry said it did not want him in the country.