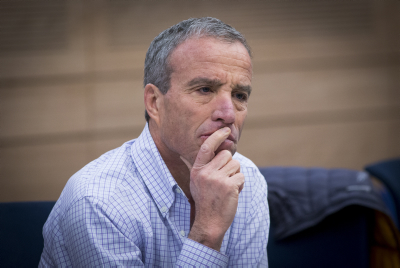 The Knesset Foreign Affairs and Defense Committee on Monday is set to discuss a law that would deduct money Israel transfers to the Palestinian Authority by the same amount as the PA pays terrorists in Israeli prisons. The law was authored by MK Elazar Stern (Yesh Atid), with the backing of MKs from his own party, the Likud, Shas and even Omar Bar-Lev of Zionist Camp.

According to Stern, the law is a natural response to the funding of terrorists by the PA, which is based on the “success” of a terror attack. For example, one terrorist who in 2002 was implicated or involved in the death of 66 Israelis, and was sentenced to 67 years in prison, was awarded NIS 700,000 by the PA. Therefore, the money transferred by the PA should be seen as a payment, or reward, for terror activities — and Israel should certainly not be funding those rewards, either directly or indirectly.

Israel collects duties and taxes on imported goods on behalf of the PA. The money is collected from importers on goods that are imported via Ashdod port and then transferred to Gaza or Palestinian Authority-controlled areas of Yehudah and Shomron. The PA, by law, sets aside 7 percent of its annual budget — which is mostly funded by the United States, the European Union, and the Israel-collected taxes. The total amount involved is estimated to be some $300 million a year. The Committee will discuss the bill Monday, preparing it for its first reading, which is likely to take place next week.