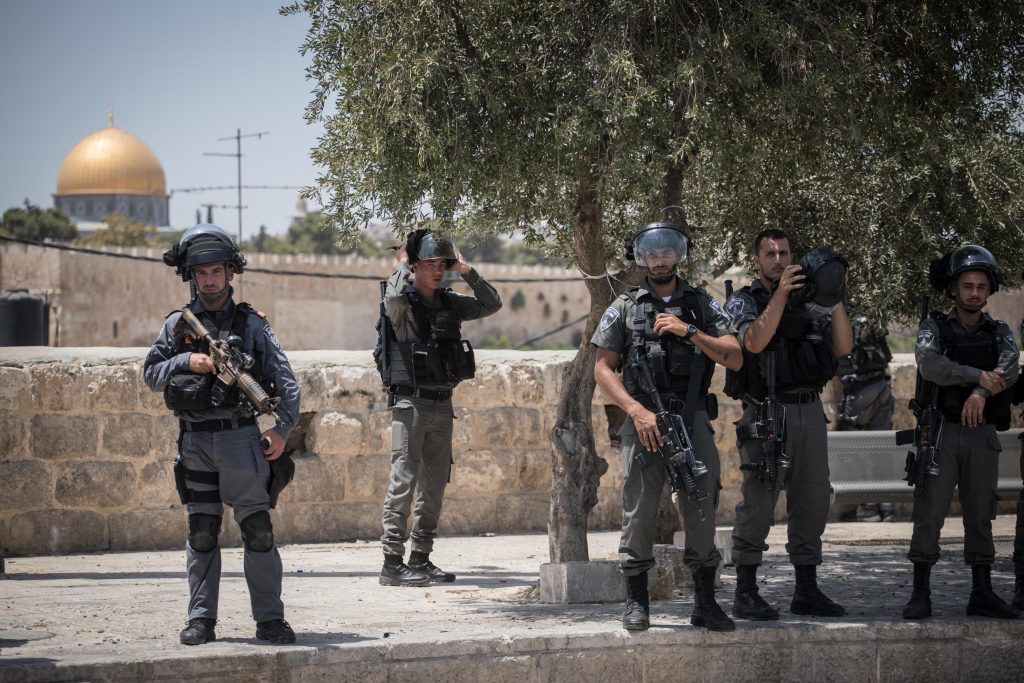 One of the lessons learned from the recent trouble at Har HaBayis was that there needs to be a special police unit dedicated to keeping order at the sensitive site.

Public Defense Minister Gilad Erdan has announced a plan to establish a unit approximately 200-strong, for which 100 will be specially recruited in the coming months.

Erdan promised that “in two years Yerushalayim will become not only the holiest city in the world but also the safest.

“With the most advanced technology, the city will become a model for cities around the world for its skilled policemen and for the technology it uses,” he said.

During a tour of east Yerushalayim’s Jewish neighborhoods in August, Erdan said he was advancing a 1.2 billion shekel plan to bolster the security infrastructure in the capital, which includes adding 1,250 police officers, raising salaries and establishing a control center with thousands of “smart cameras,” across the city.