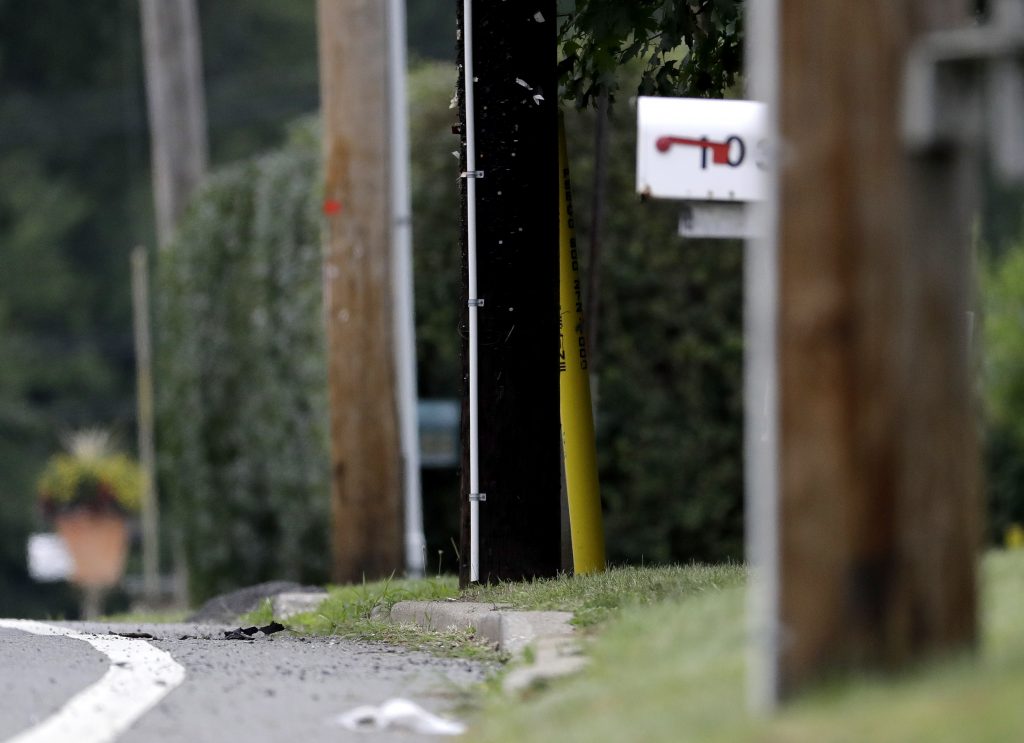 New Jersey Attorney General Christopher S. Porrino filed a lawsuit Tuesday against the Township of Mahwah and the Mahwah Township Council for enacting two ordinances for the purpose of discriminating against Orthodox Jews from nearby Monsey, New York: banning placing lechis for eruvin on utility poles, and restricting use of parks to New Jersey residents.

Porrino likened the conduct of town officials to the “1950s-era white flight suburbanites” who sought to keep blacks out of their neighborhoods.

The lawsuit seeks to block the ordinances and the return of more than $3.4 million in state grants the town has received from the state Department of Environmental Protection.

The state contends Mahwah violated New Jersey’s Green Acres Act by banning out-of-state residents from its parks. The state notes that land acquired under the law cannot be restricted on the basis of religion or residency.

“In addition to being on the wrong side of history, the conduct of Mahwah’s township council is legally wrong, and we intend to hold them accountable for it,” said Porrino.

“To think that there are local governments here in New Jersey, in 2017, making laws on the basis of some archaic, fear-driven and discriminatory mindset is deeply disappointing and shocking to many, but it is exactly what we are alleging in this case,” Porrino said. “Of course, in this case we allege the target of the small-minded bias is not African-Americans, but Orthodox Jews. Nonetheless, the hateful message is the same.”

The park ban was created in July after residents complained about overcrowding at parks and their use by Orthodox Jewish families from New York. Mahwah Police Chief James Batelli raised concerns at the time that the ban was illegal, and Bergen County Prosecutor Gurbir Grewal advised police not to enforce it.

Bill Laforet, Mahwah’s independent mayor, said he had “repeatedly warned” council members about the consequences they and the town could face and reminded them of the police chief’s concern. He said he also voiced concern about the “severe potential financial penalties” taxpayers could face.

Laforet said he’s “sorrowed by the loss of reputation for Mahwah,” which he described as a diverse, tolerant and welcoming community.

“It has been a lonely and painful struggle for me and my family these past several months, having to deal with a reckless and oblivious council president, Rob Hermansen,” Laforet said. “He personally led his council-mates to this action by the state’s highest law enforcement official, and is most accountable. His race-baiting bantering has now bitten him back.”

A town spokeswoman said that on the advice of its attorney, Mahwah would not be commenting on the suit.

“I applaud the New Jersey Attorney General for joining the fight against discrimination,” Buchweitz told Hamodia. “The First Amendment says the government cannot make a law prohibiting the free exercise of religion, and that’s exactly what Mahwah has attempted to do. The efforts of Mahwah and other New Jersey towns to block the expansion of the eruv will not pass constitutional muster.”

“What is truly stunning is that the haters who sought to employ every means possible to prevent Orthodox Jews from moving into Mahwah or even visiting its public parks were quite open in expressing their hatred,” Rabbi Schnall said in  a statement. “Attorney General Porrino deserves all the credit in the world for challenging this blatant discrimination in a court of law.”

Hermansen, the council president, has condemned anti-Semitic comments people have made about the Jewish community in some online postings, but said the ban was not created to be discriminatory. He said that Mahwah residents began complaining this year about vehicles from New York occupying parking lots at Winters Pond, a recreational area across from the town’s train station.

The ordinance, he has said, was intended to curb the number of people from outside Mahwah using parks, not to target Jews.

“We had incidents where Mahwah families could not use the parks,” he said last month, so the council wanted to find a way to “put Mahwah residents first.”

But the complaint argues that the ordinances were indeed targeting Orthodox Jews. It alleges that many of the public comments offered were “overtly anti-Semitic” in nature, and that people calling the Mahwah Police “reporting” that Orthodox Jews were using the parks did not allege that the park users were engaging in any problematic conduct.

Also, the complaint says that upon approval of the parks ordinance, the township created proposed signs for posting in its parks, which said that the facilities were only open to New Jersey residents, but that “GUESTS OF A RESIDENT ARE PERMITTED USE” and “EMPLOYEES OF LOCAL BUSINESSES ARE PERMITTED USE.”

Moreover, the lawsuit says, in an e-mail sent to Hermansen, a Mahwah resident who is not an Orthodox Jew expressed concern that her mother, who lives in New York, would be prohibited from taking her grandchildren to Mahwah’s parks. Harmansen allegedly replied that she had nothing to worry about, and that the ordinance was not intended to address her situation.

A number of other towns in New Jersey are engaged in similar legal battles. The Bergen Rockland Eruv Association is also representing groups opposing eruv bans in Upper Saddle River and Montvale. Jackson Township, near Lakewood,  is also engaged in a bitter battle over bans on eruvin and zoning restrictions, which are alleged to be targeting the Orthodox Jewish community.

“Our message to those public officials in Mahwah who are leading or following this misguided charge is meant to be loud and clear: We intend to hold you accountable,” said Perrino. “Our message to local officials in other towns who may be plotting to engage in similar attempts to illegally exclude, is the same: We will hold you accountable as well.”

The full text of the Attorney General’s press release is available here.