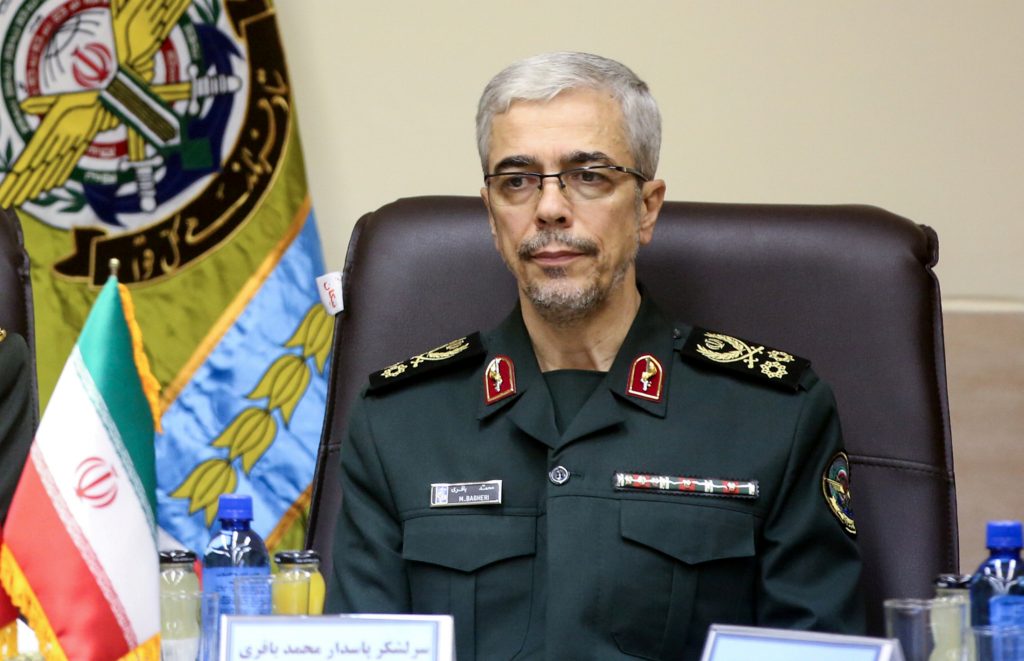 Iran’s military chief said on a visit to Damascus on Wednesday that it was unacceptable for Israel to violate Syrian airspace and land “any time it wants,” Iranian state media reported.

General Mohammad Baqeri also said he was in the Syrian capital to strengthen cooperation with the Syrian army to “confront our common enemies, the Zionists and terrorists,” referring to Israel and Sunni Muslim terrorists in Syria.

Since at least 2012, Shiite Muslim Iran has provided critical military support to Syrian President Bashar al-Assad, helping his army regain swathes of the country from rebels and Sunni terrorists.

The Iran-backed Lebanese group Hezbollah has played a major role in support of Assad.

Israel said it has hit arms convoys of the Syrian military and Hezbollah nearly 100 times in the past five years.

Prime Minister Binyamin Netanyahu has said that Iran is strengthening its foothold in Syria, and Israel was watching developments and would act against any threat.