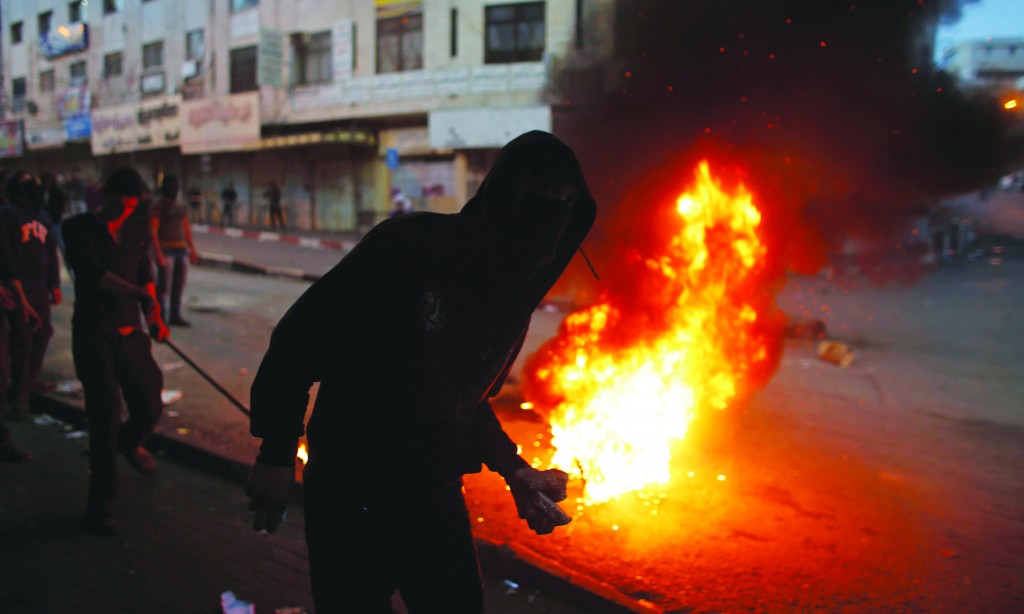 IDF forces faced off against rioters in the Dehaishe refugee camp, near Chevron, overnight Motzoei Shabbos. Soldiers were conducting anti-terror operations in the area when they were met with a large mob that acted violently, throwing stones and firebombs at Israeli soldiers. Soldiers used anti-riot measures to quell the mob. One rioter was injured.

Border Guards over the weekend arrested three illegal Arabs who had been attempting to sneak into Israel from Palestinian Authority-controlled areas. The three were found in the trunk of a car, as the vehicle attempted to pass through a checkpoint outside Yerushalayim. The driver was a 19-year-old Israeli Arab, a resident of an Arab neighborhood of Yerushalayim, and the illegal Arabs were from Shechem. All were arrested.

Overnight Motzoei Shabbos, security officials said they arrested 15 wanted security suspects in other areas in Yehudah and Shomron. The suspects were wanted for participating in rioting and throwing stones and firebombs that endangered Israeli civilians and IDF soldiers. Several of the suspects were also charged with belonging to Hamas. All were being questioned on their activities by security forces.