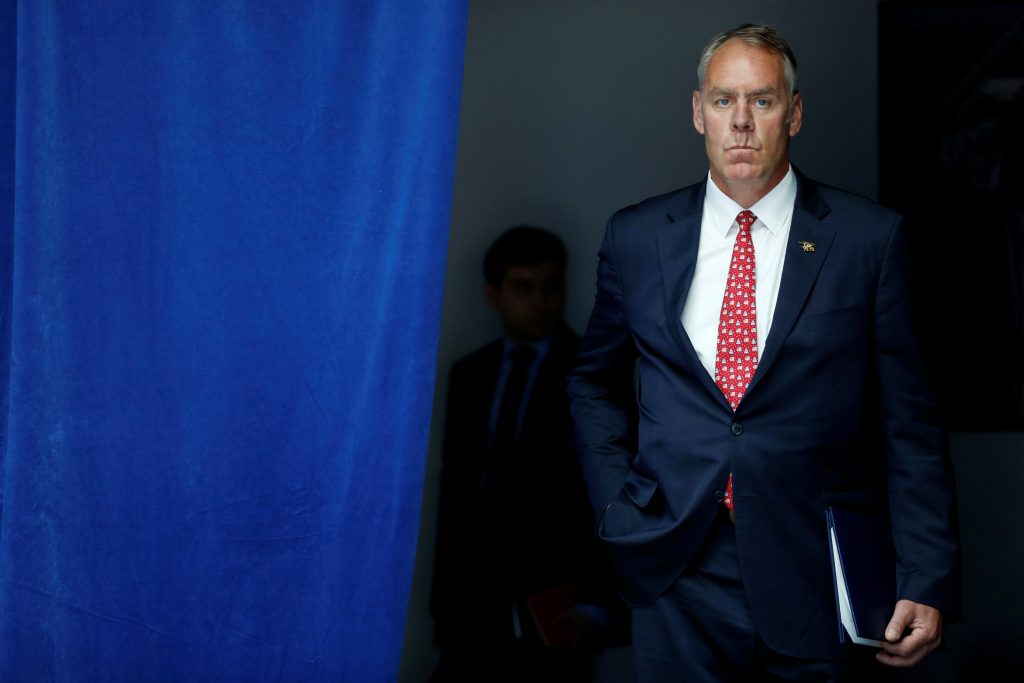 Interior Secretary Ryan Zinke has recommended that President Donald Trump modify 10 national monuments created by his immediate predecessors, including shrinking the boundaries of at least four western sites, according to a copy of the report obtained by The Washington Post.

The memorandum, which the White House has refused to release since Zinke submitted it late last month, does not specify exact reductions for the four protected areas Zinke would have Trump narrow: Utah’s Bears Ears and Grand Staircase-Escalante, Nevada’s Gold Butte, and Oregon’s Cascade-Siskiyou, or the two marine national monuments — the Pacific Remote Islands and Rose Atoll — for which he raised the same prospect. The two Utah sites encompass a total of more than 3.2 million acres, part of the reason they have aroused such intense emotions since their designation.

The secretary’s set of recommendations also would change the way all 10 targeted monuments are managed. It emphasizes the need to adjust the proclamations to address concerns of local officials or affected industries, saying the administration should permit “traditional uses” now restricted within the monuments’ boundaries, such as grazing, logging, coal mining and commercial fishing.

If enacted, the changes could test the legal boundaries of what powers a president holds under the 1906 Antiquities Act. Although Congress can alter national monuments easily through legislation, presidents have reduced their boundaries only on rare occasions.

The memorandum, labeled “Final Report Summarizing Findings of the Review of Designations Under the Antiquities Act,” shows Zinke concluded after a nearly four-month review that both Republican and Democratic presidents went too far in recent decades in limiting commercial activities in protected areas. The act, signed into law by President Theodore Roosevelt, gives the president wide latitude to protect public lands and waters that face an imminent threat.

“It appears that certain monuments were designated to prevent economic activity such as grazing, mining and timber production rather than to protect specific objects,” the report reads, adding that while grazing is rarely banned “outright,” subsequent management decisions “can have the indirect result of hindering livestock-grazing uses.”

To correct this overreach, Zinke says, Trump should use his authority under the Antiquities Act to change each of the 10 sites’ proclamations to permit activities that are now restricted. These include “active timber management” in Maine’s Katahdin Woods and Waters; a broader set of activities in New Mexico’s Organ Mountains-Desert Peaks and Rio Grande del Norte; and commercial fishing in the two Pacific Ocean marine monuments, as well as in one off the New England coast, Northeast Canyons and Seamounts.

In most of his recommendations, Zinke suggests Trump amend the existing proclamations “to protect objects and prioritize public access; infrastructure upgrades, repair and maintenance; traditional use; tribal cultural use; and hunting and fishing rights.”

The White House is reviewing the recommendations and has not reached a final decision on them. At several points, the memo bears the marker “Draft Deliberative — Not for Distribution.”

In an email on Sunday, White House spokeswoman Kelly Love said she would not discuss in detail a review that is still underway: “The Trump Administration does not comment on leaked documents, especially internal drafts which are still under review by the President and relevant agencies.”