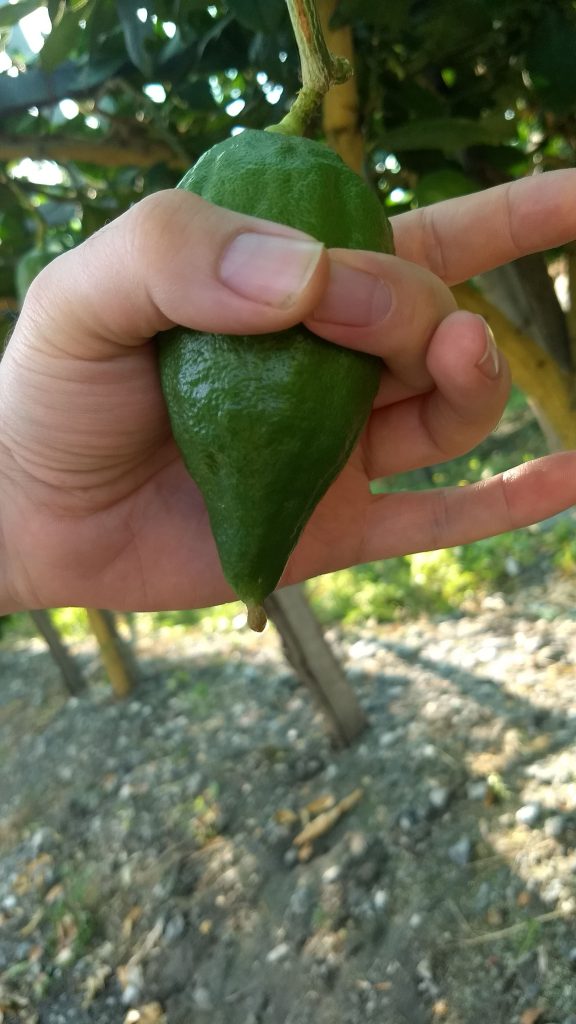 In a matter of days, Yidden around the world will be spotted by esrog merchants poised at stands, makeshift shops and Judaica stores selling their wares. This year, however, the many who favor the variety known as “Yanover” esrogim will be faced with the choice of paying exceptionally high prices or looking elsewhere, as a severe frost has resulted in a very slim harvest for this unique Italian variety.

As reported in Hamodia, a few days of sub-freezing temperatures took a severe toll on this year’s crop. The esrogim were growing much more slowly than in previous seasons, but those involved in the trade had held out hope that a late crop would save the day. Now that Sukkos is around the corner, though, it looks like many Yanover buyers will be pushed to look for alternatives.

“There were a few fields that grew nice esrogim, but a lot of others didn’t grow anything at all or only ones that were very small,” said Rabbi Menachem Lazar, co-director of Chabad Piazza of Bologna, Rome, who is involved in supervising the fields in which the esrogim grow. “There are a lot fewer that are even decent … people should expect a higher price, and the minimum prices will be at almost no profit. Sochrim will be looking to repay their expenses with the more expensive esrogim.”

The term Yanover refers to esrogim grown in the Calabria region on the southwestern coast of Italy. Yanov is actually Yiddish for Genoa, the port city from which the citrons were originally shipped.

In recent decades, esrogim grown in Eretz Yisrael have captured much of the market. Kfar Chabad esrogim are actually produced from trees planted from branches taken from Calabria. Yet, particularly in the communities of Lubavitch and Satmar, purchasers favor the original Yanover variety. Many Yidden of Hungarian descent also prefer them, as they were used by the Chasam Sofer, who attested to their authenticity as pure and kosher esrogim.

Yoel Levy, who travels to Calabria and Morocco every year to select esrogim for his daled minim business in Kiryas Joel, said that he expected many of his customers to look for alternatives.

“They’re smaller and greener than usual and the prices for a decent one could be four times as high if you insist on getting a Yanover, but the Moroccans are beautiful this year. I don’t remember such a wonderful year for the Moroccan esrogim, and I think that that is what most of my customers are going to be taking this year,” he told Hamodia. “The bottom line is that everybody will walk away with a beautiful mehudar esrog. It’s not like in the old country where a whole town had to share one. There are enough beautiful esrogim for everybody; if it won’t be Yanover, so it will be Moroccan or something else.”

One Crown Heights resident who asked only to be identified as Dovid, having heard of the shortage, was hopeful that if he sought out an esrog before Rosh Hashanah he could find a Yanover in his price range, but he was disappointed with what he saw.

“The socher I go to usually has a massive selection, but all he had from Calabria started at $200, and those were badly bruised, nothing they would even be selling in a regular year,” he told Hamodia. “He had a few boxes from Kfar Chabad, which he usually doesn’t sell at all, and that is probably what I’m going to end up buying, but I’ll try to find someone with a nice Yanover and make a brachah on that.”

Farmers usually begin to harvest esrogim in Calabria in mid-July, but the lagging growth pushed the process off until much later in the summer. Farmers and merchants held out hope that a last-minute post-Rosh Hashanah harvest of late blooming fruit could have a significant effect on the market, but Rabbi Lazar said that not enough of the esrogim left on the trees would be big enough to ship in time for Sukkos.

Another Crown Heights resident who has been involved in the hashgachah of Calabria esrogim for many years said that nice Yanovers are available this year, but only enough for those able to pay top dollar.

“You can find kosher mehudar Yannover esrogim out there, but you’ll have to pay a few hundred dollars for them and you’ll have to grab them quickly,” he said.