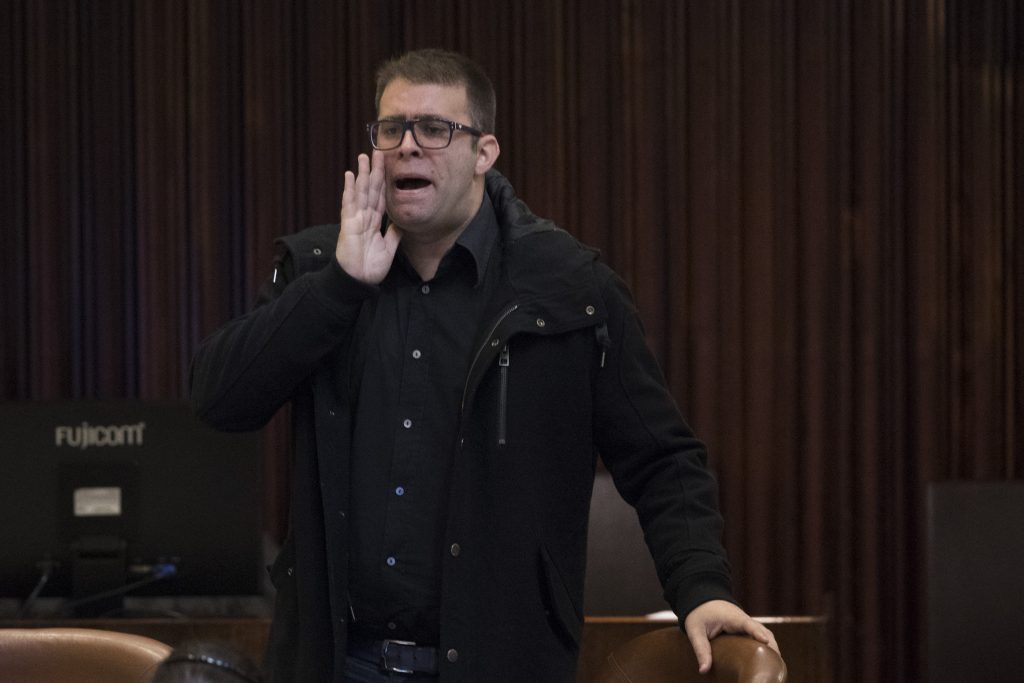 The attorney general’s office will file an indictment against Member of Knesset Oren Hazan (Likud) for allegedly assaulting and verbally abusing a public servant, unless he requests immunity, according to media reports.

In the incident, which occurred three years ago, Hazan was accused of assaulting the mayor of Ariel municipality in Shomron in a dispute over unpaid local taxes involving his mother. In September 2014, when the bank account of Aviva Hazan was frozen after the mortgage on the family business was foreclosed, an enraged Hazan allegedly shoved and cursed the mayor, Eli Shaviro, and shouted threats at municipality director-general Avi Ezer.

Hazan’s lawyers tried to downplay the matter on Monday.

“We received with pain, disappointment, and even amazement the attorney general’s decision to indict MK Hazan for a spat between two politicians that happened many years ago, long before his election to the Knesset,” his lawyers said. “We had thought that the case would be shelved… since it had gone untouched for so long.”

Each side filed a complaint against the other, and then the case was held up in the bureaucracy of Israeli law enforcement.

In response to the news of the pending indictment, Ariel Mayor Shaviro said, “We will accept any decision made by law enforcement authorities.”

Hazan has 30 days to make his request for immunity.

It’s not the freshman MK’s first brush with legal or parliamentary authorities. He has been the focus of a number of complaints, including speeding and campaign funding irregularities, and in December, the Knesset Ethics Committee suspended Hazan from participating in debates for a month over his misconduct.

In February, his own Likud party suspended him from committee hearings after he skipped a plenum vote, resulting in a loss for the party.

During President Donald Trump’s visit to Yerushalayim earlier this year, Hazan achieved notoriety by sidling up to the president for a selfie. Trump accommodated him, but Israeli officials and journalists criticized the behavior as offensive.