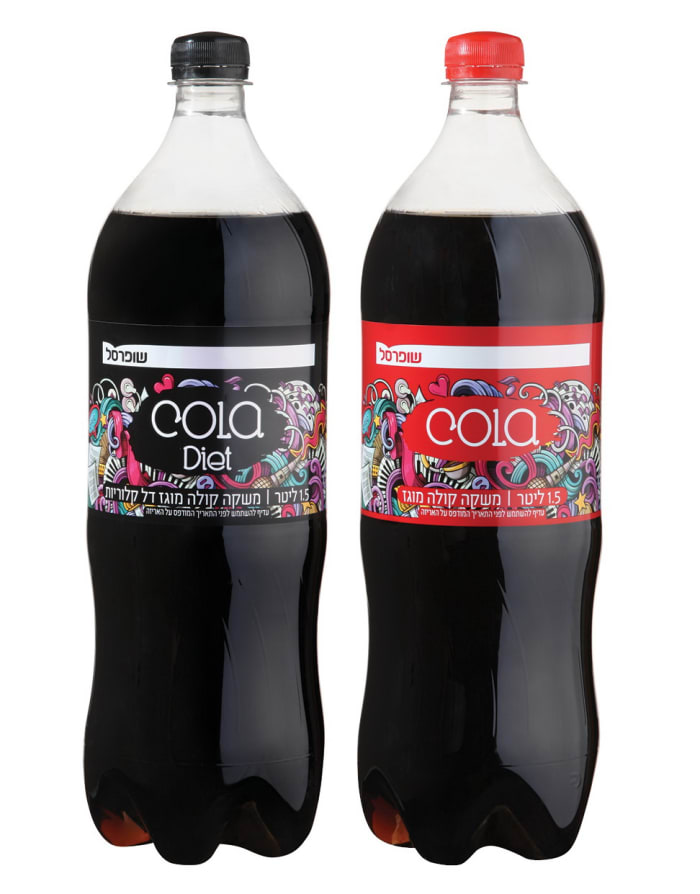 The Israel supermarket chain Shufersal has entered its own cola brand in head-to-head competition with Coca Cola, though shoppers may have some difficulty telling them apart, since Shufersal’s version looks very much like its famous predecessor.

The newcomer’s design, colors, shape and cap are identical to Coke. And Shufersal, which makes its own merchandise displays, is putting their product right next to Coca Cola bottles on the shelf. The only sure difference in their appearance is the Shufersal label.

The regular and sugar-free cola is produced in a factory in Turkey owned by Japanese company DyDo, according to Globes.

The company’s aggressive entry into the soft drink market was heralded by a lower price, as well. The official Shufersal unit price is NIS 4.30; however, buying two four-packs reduces the price to NIS 3.12 a bottle; whereas at Shufersal, Coke sells for NIS 6.90 per bottle,

Shufersal will reportedly also begin selling its house brand of mineral water and a selection of juices.