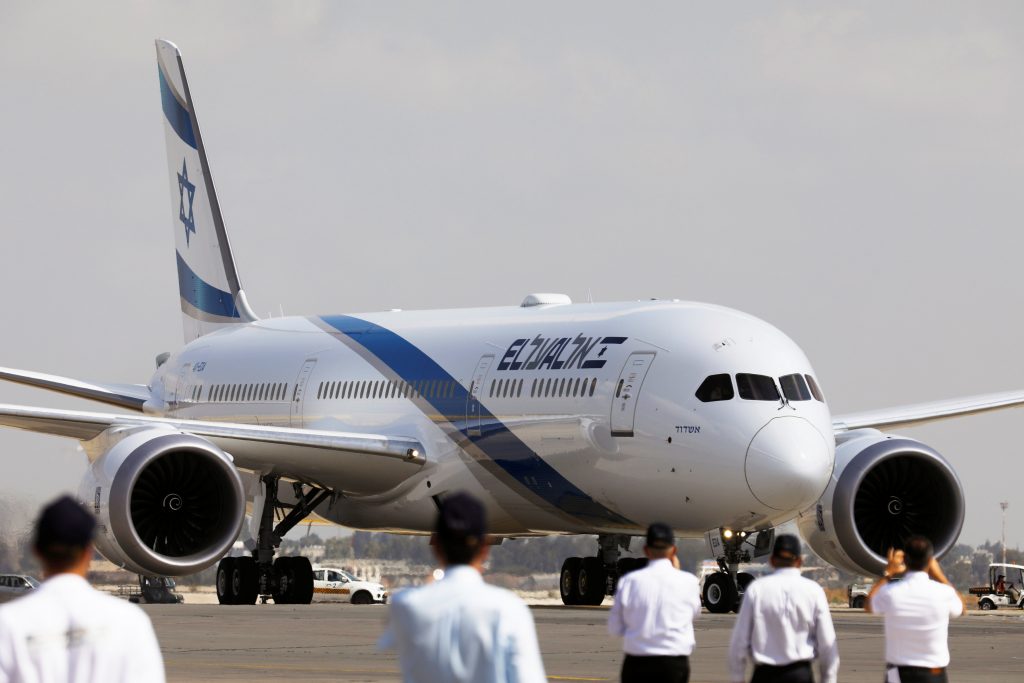 El Al’s first Dreamliner plane, a Boeing 787-9, landed on Wednesday morning at Ben Gurion Airport, after a 14-hour flight from Boeing’s factory in Washington State on the West Coast of the United States.

The Dreamliner’s first passenger flights will be to London in September. In October, it will gradually begin flying long-haul to North America and the Far East. Routes to cities in North America and Hong Kong are to be added before the end of 2017.

The planes have 282 seats divided into three passenger classes, and no first class. The upgraded business class has 32 seats that open up into full beds.

Besides passenger comfort, the new aircraft will save the airlines money. It promises a 47 percent saving on fuel consumption over the currently employed Boeing 747s on the direct Tel Aviv-New York route. It also touts cheaper maintenance – fewer overhauls are required – and the Dreamliners can fly more often.

The plane, which can fly over 9,000 miles, is the most recent passenger aircraft produced by Boeing.