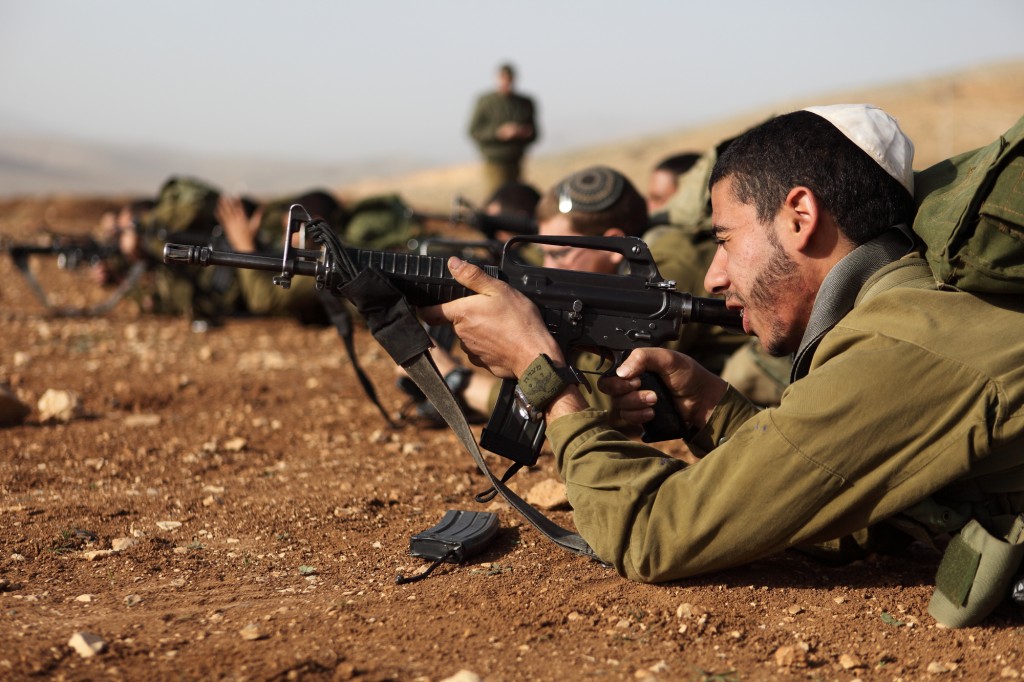 The IDF has issued strong reprimands to the commanders of a base in southern Israel from which dozens of weapons were stolen. The reprimand came after an army investigation into the matter, with a report delivered to IDF Chief of Staff Gadi Eizenkot. The reprimands were delivered to the top brass of the Sdei Teiman base, where the thefts took place; and several top officers were demoted over their failure to sufficiently protect the base.

According to the report, the theft was carried out by a group of criminals who posed as fix-it men and painters in order to gain access to the base. The gang broke into a weapons warehouse and loaded dozens of weapons onto their truck, which was parked near the warehouse. After several days on the job, when their presence was no longer seen by soldiers as out of the ordinary, they began veering off their regular schedule and entered areas of the base where they were not authorized to go. When they realized no one was watching them, they began stealing the weapons.

The report said that the gang picked and broke locks to the warehouses, especially on side entrances and back doors. They would then replace the locks, painting over them in order to give the impression that they had been undisturbed, other than being painted. About half the weapons were recovered within days of the robbery, the report said.

Apparently the gang was allowed to leave the base without an inspection of their vehicle. New regulations issued in the wake of the incident require that all vehicles be inspected upon their entry and exit from an IDF base. The investigation showed that the company the army had hired to carry out the work had subcontracted the job to another group.

According to Channel Two, the thieves walked away with 33 automatic weapons, 13 Lau rockets, 77 smoke grenades and a Matador portable, disposable anti-armor weapon system. Police, who are not responsible for security at army bases, slammed the IDF, saying that in the best case scenario, the weapons would be used by organized crime gangs to fight against each other, but that some of the weapons could end up in the hands of terrorists.

The theft, which occurred at the end of May, triggered a new project to beef up security at all weapons storehouses around the country. For the first time, a comprehensive map of all weapons warehouses is being drawn up. Once they are mapped, the IDF will begin beefing up security around the facilities, using video, sensors and alarms to ensure safety. Access to the warehouses will be granted only to authorized personnel, with biometrics likely to be used to identify and authenticate those who are allowed to have access to the facilities. Other advanced technologies, including big data and computer analysis, will be used to discover weak points where thefts are more likely to occur, Channel Two reported.