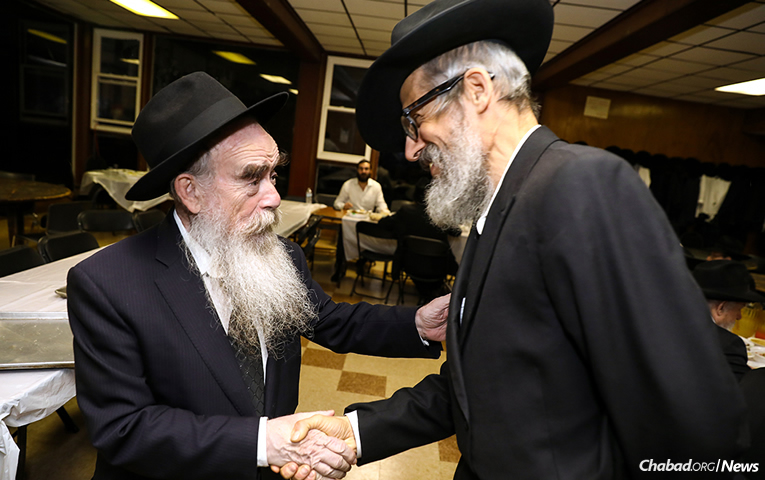 He was given a mere two-hours’ notice to prepare for an upcoming flight, but Harav Leibel Shuchat—Rosh Yeshiva of Yeshiva Guedola de Venezuela in Caracas—managed to pack up and take off.

His destination: the Catskill Mountains in New York, site of the annual international Torah summit known as Yarchei Kallah.

What was previously a five-hour nonstop flight from the Simón Bolívar International Airport to any one of New York City’s major airports has now become a lengthy ordeal. A growing number of air carriers, including Delta, United and Colombia’s flagship Avianca, have recently suspended service to Venezuela.

Nevertheless, the Harav Shuchat insisted on joining his colleagues from around the world at Camp Gan Israel in Parksville, N.Y., for the annual conference, which includes shiurim and discussions by Rabbanim and Roshei Yeshiva.

After days of uncertainty, it seemed that his only option would be to fly across the Atlantic to Madrid, Spain, from where he would again traverse the ocean by plane to New York, a staggering 17-hour journey.

But just before midnight on Monday, a flight was found on Copa Airlines that would take him to New York via Panama.

The catch was that it was leaving the following morning at 6 a.m. Since Venezuela has more than five separate security checkpoints at the airport, Harav Shuchat would need to be there four hours beforehand. He was left with little time to pack his tallis, tefillin and other essentials before zipping off to the airport.

Speaking from New York, Harav Shuchat says he plans to utilize the time for study and preparation for his shiur at the conference on the subject of “writing a kesubah for a Friday wedding.”

“This is a time of year when I get to speak to people about subjects that are close to me,” explains the Brooklyn-born Rosh Yeshiva, who has lived in Venezuela since 1985 and has made it a point to attend the Yarchei Kallah. “Every conversation is centered around Torah, Gemara, Halachah and Chassidus. It’s something I really enjoy and look forward to—and I wouldn’t want to miss it.”