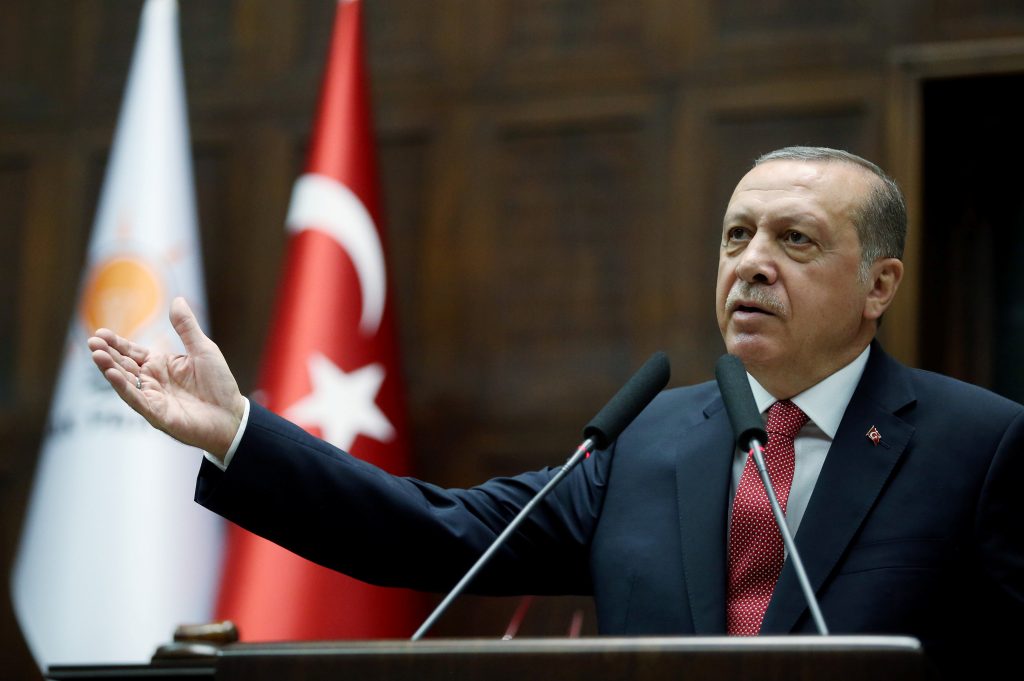 Turkish President Tayyip Erdogan said on Tuesday that Israel would pay a price for the dispute over security measures it imposed at the entrance to Har HaBayis.

“Israel […] will see itself suffer the most damage,” Erdogan said.

Israel installed metal detectors at entrances to the compound after two police officers on guard there were fatally shot on July 14. But Israel decided early on Tuesday to remove metal detectors and replace them with “smart,” less obtrusive surveillance means, an Israeli Cabinet statement said.

Palestinians rejected the new measures, calling for a return to the status quo before July 14.

“I have heard of Israel’s decision to remove the metal detectors, and I hope the rest will follow,” Erdogan told parliamentarians from his AK Party. “We expect Israel to take steps for the peace of the region.”

The tensions in Israel have kindled protests in Turkey. Turkish media said that some protesters kicked the doors and threw stones at a shul in Istanbul. Erdogan called for calm and said attacking places of worship was “a big mistake.”

“We have no issues with the houses of worship of Christians or Jews. We have taken the necessary measures against the attacks planned on synagogues and temples in our country,” he told the parliamentarians.

Erdogan said he spoke to Israeli President Reuven Rivlin and told him that “we can also not accept Jews going to synagogues and temples being treated as terrorists,” he said.