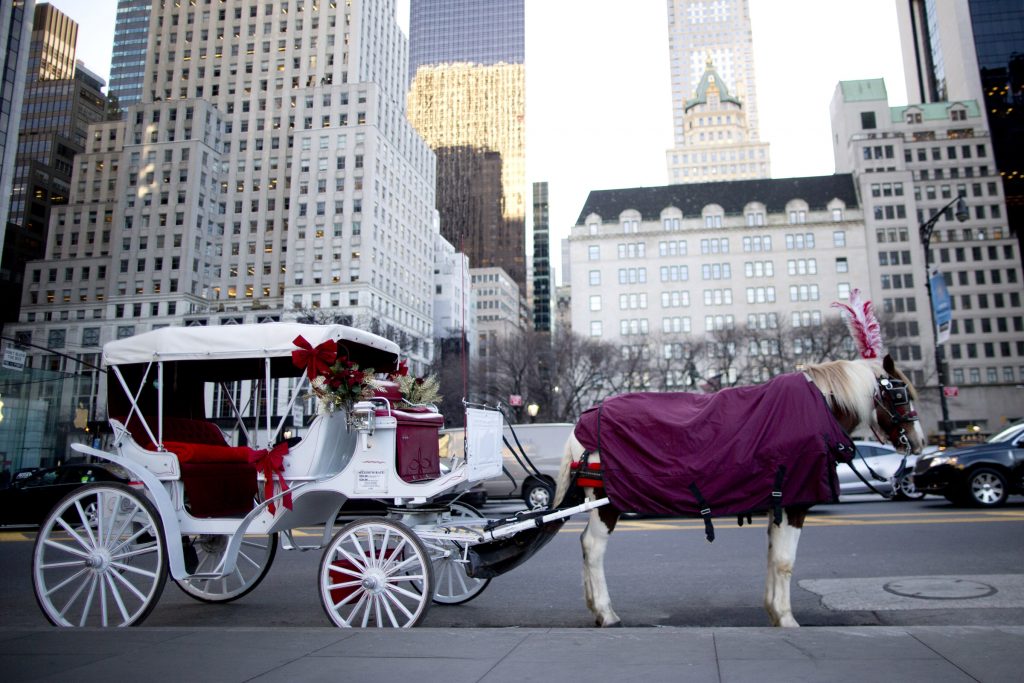 An animal welfare group that helped make carriage horses a focus of New York City’s 2013 mayoral election says it has given up on efforts to get the practice banned.

Leaders of NYCLASS tell the Daily News they’ll focus on other changes.

They still hope to end carriage rides through Times Square and limit them to Central Park.

They also want to get the horses bigger stalls, change how they get their shoes and guarantee that retired carriage horses are never slaughtered.

They’re no longer calling for existing stables on the west side of Manhattan to be moved inside Central Park to keep the horses off the streets. That was one of the many sticking points that led to the collapse of a 2016 compromise attempt.