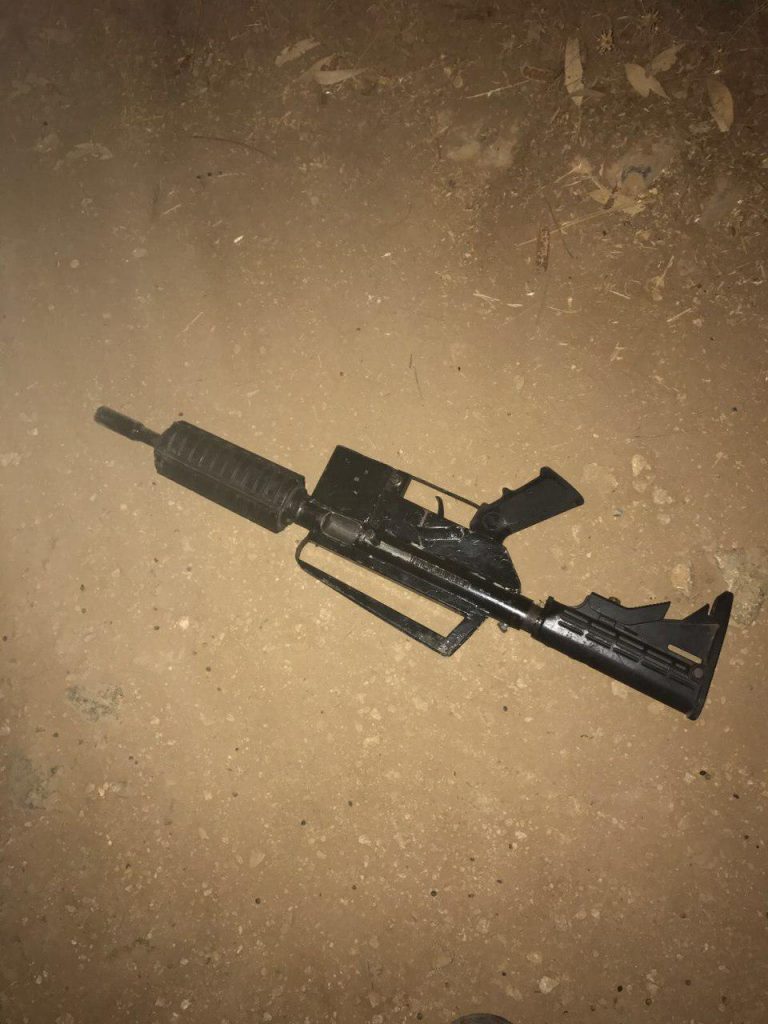 IDF forces early Sunday eliminated a terrorist who had shot at an army outpost Motzoei Shabbos. No soldiers were injured in the attack near the village of Nebi Salah in the Binyamin region, north of Yerushalayim.

The shooting occurred about 11 p.m. Motzoei Shabbos, and soldiers began a search for the shooters immediately, eventually cornering one shooter. Soldiers called on him to surrender, but instead he drew a weapon to fire at them, and soldiers shot and eliminated him.

Soldiers also seized a vehicle in the village of Beit Omar in the Chevron region, belonging to the father of a terrorist who carried out a car-ramming attack near the village in November 2015. Five soldiers were injured in that attack, and the terrorist was killed. But as part of the Palestinian Authority’s “pension program” for terrorists, the family of the terrorist has been receiving a monthly stipend of thousands of shekels – enough for the father of the family to purchase a new, expensive four-wheel-drive vehicle.

Soldiers seized the vehicle, which IDF officials said was roughly equivalent in value to the amount of money the family has received from the PA. In a statement, the IDF said this was just one in a series of actions to make it clear to terrorists that their families will not profit from their activities.

Overnight Motzoei Shabbos, security officials said they arrested two wanted security suspects in other areas of Yehudah and Shomron. The suspects were wanted for participating in rioting and throwing stones and firebombs that endangered Israeli civilians and IDF soldiers. Several of the suspects were also charged with belonging to Hamas. All were being questioned on their activities by security forces.