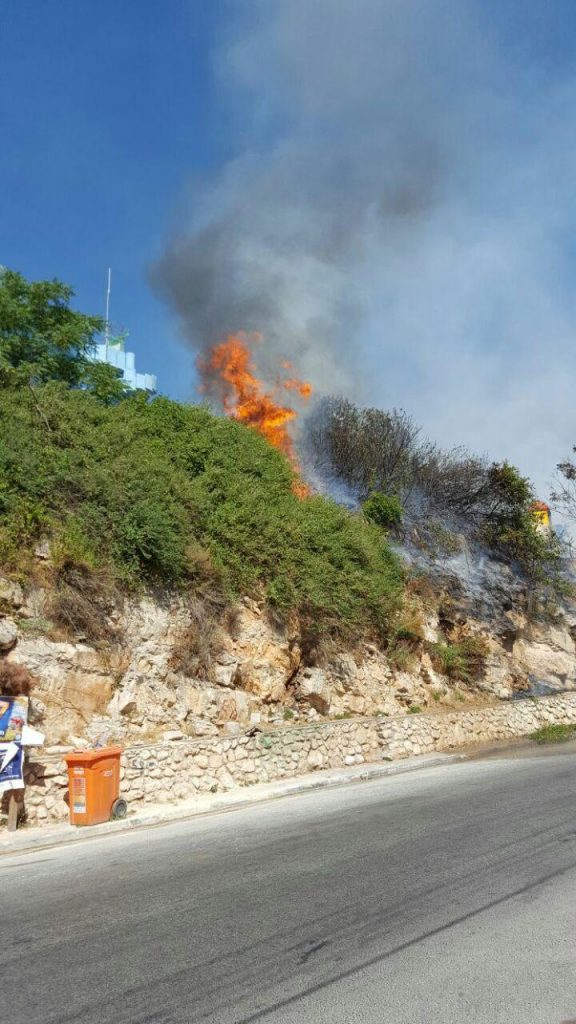 Three people were being treated for smoke inhalation, and about 15 homes were evacuated Sunday afternoon as a brush fire near the Binyamin town of Beit El, north of Yerushalayim, was spreading. Firefighters struggled to bring the blaze under control, as extremely hot weather and warm breezes spread the flames towards the town.

The blaze was brought under control after several hours. The cause of the blaze: Firebombs that were thrown at the town by Arabs from the neighboring village of Jilazoun, witnesses told Channel Ten. Investigators examining the scene found the firebombs, which are being analyzed in order to determine the identity of the persons who threw them.

Several other fires were reported Sunday, including one in the upper Galilee, near Hamat Gader, one near Hadera, and one near Tzfas. The fire in Tzfas spread to the Canaan neighborhood in the city, and rescue workers were trying to remove a woman from a house that was surrounded by flames, the fire department said. Other residents of the neighborhood were being evacuated. The cause of the fire was unclear.