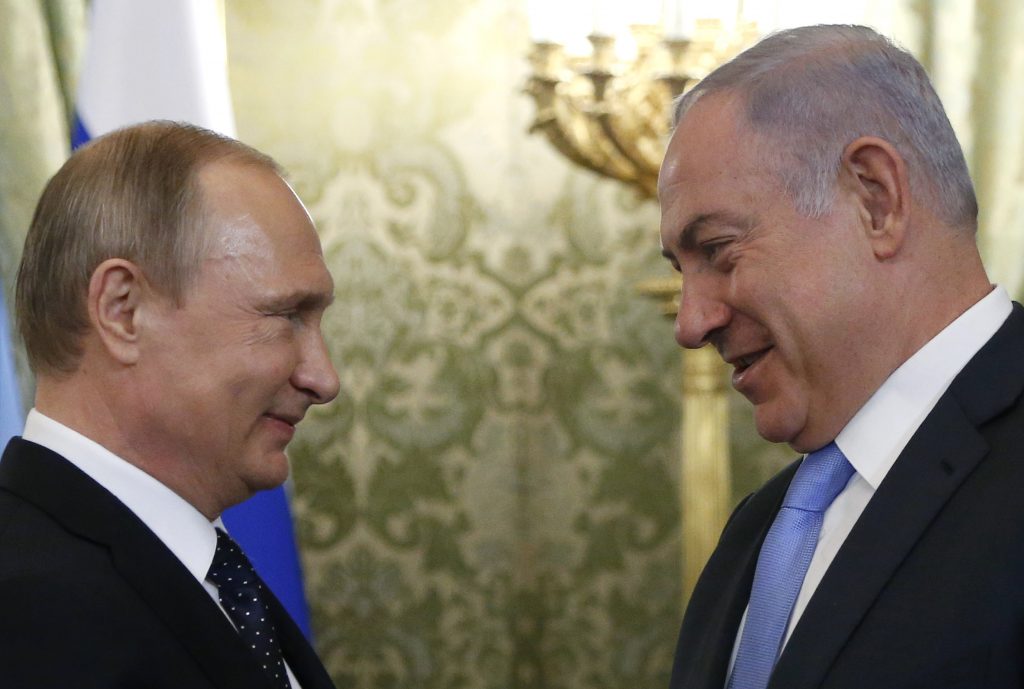 Prime Minister Binyamin Netanyahu called Russian President Vladimir Putin on Thursday to discuss the Israeli proposal for a buffer zone in southern Syria to keep Hezbollah and other hostile forces at a safe distance from Israeli territory.

Israel has been seeking to persuade Washington and Moscow to establish such a demilitarized area, which according to the Times of London would be about 30 miles east of the Israeli border towards the city of Daraa, and from there to the city of As-Suwayda.

The Kremlin gave little away in a statement after the phone conversation on Thursday. It said that it came “at the Israeli side’s initiative. Mr. Putin and Mr. Netanyahu continued their exchange of opinions on topical issues of Russia-Israel cooperation. In the context of joint efforts against international terrorism, they discussed the Middle East settlement and the situation in Syria.”

Separate media reports said that the U.S., Israel and Jordan have reached an agreement that any settlement of the Syrian civil war will exclude Iranian-back forces such as Hezbollah from a strip of land along the Israeli and Jordanian borders in Deraa Province.