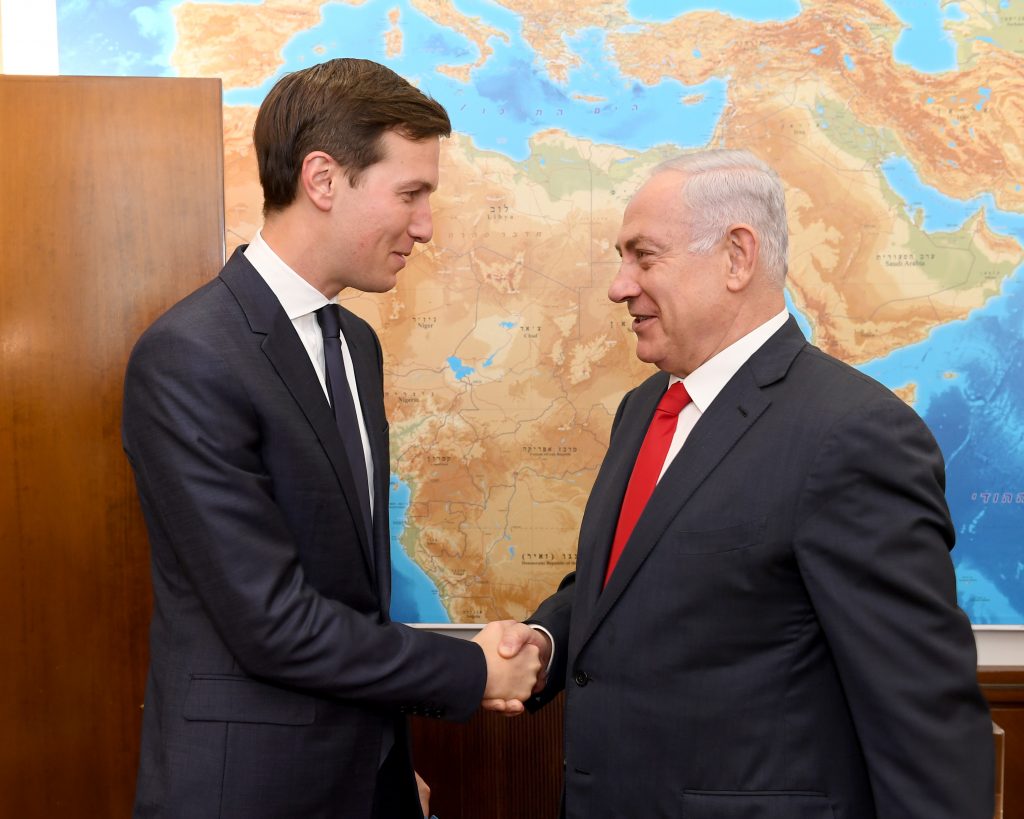 Kushner is on his first solo trip to the region in an attempt to restart long-stalled peace talks between Israelis and Palestinians.

Kushner, the U.S. ambassador to Israel and an international negotiator also met in Ramallah with Palestinian Authority leader Mahmoud Abbas and his senior advisers.

The White House says the U.S. and Israeli officials reaffirmed their commitment to advancing President Trump’s goal of forging a lasting peace in the region. They stressed that reaching an agreement will take time and urged the importance of doing everything possible to create an environment that can foster peacemaking.

The visit is part of an effort to restart negotiations for the first time in three years.

PM Netanyahu’s office released a short video showing Kushner, along with envoy Jason Greenblatt and U.S. Ambassador David Friedman, arriving at the Israeli premier’s office in Yerushalayim. PM Netanyahu warmly greeted Kushner with a smile and hug, and told him, “This is an opportunity to pursue our common goals of security, prosperity and peace.”

Reporters were barred from covering the meetings and did not have an opportunity to ask Kushner questions.

President Trump has tasked Kushner with the ambitious goal of laying the groundwork for what he calls the “ultimate deal.”