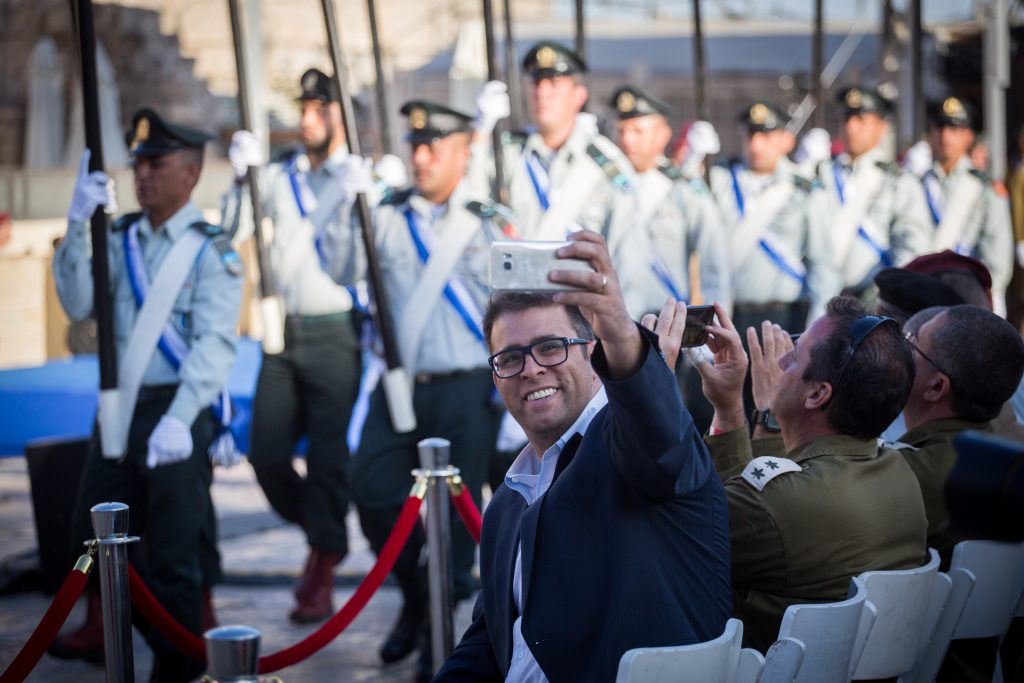 Likud MK Oren Hazan’s now-infamous selfie with President Donald Trump on Monday may result in the imposition of a new protocol for the official greeting of foreign dignitaries aimed at eliminating the chances of another such incident.

Israeli Prime Minister Binyamin Netanyahu and others were horrified at Hazan’s chutzpah in sneaking up to Mr. Trump from a back row and managing a once-in-a-lifetime selfie with the president.

While the president himself seemed unperturbed and smiled for the freshman MK’s camera, PM Netanyahu was not amused. He even tried to push Hazan’s camera arm away, but to no avail.

Mr. Netanyahu has since instructed Foreign Ministry Director-General Yoval Rotem to bar coalition MKs from future welcoming ceremonies at state visits, according to media reports. (Although the White House had stipulated that it was not a formal state visit but a “working visit.”)

In addition, the Knesset is considering a proposal for enforcing its own decorum. If passed, it would no longer require three MKs to request the removal of another MK from the plenum if that individual is disrupting the speech of a guest of the Knesset.

This was prompted by the embarrassing revelation by Speaker Yuli Edelstein following Trump’s visit that the reason he was not invited to speak at the Knesset was because of the fear that he would be subjected to heckling and walkouts.