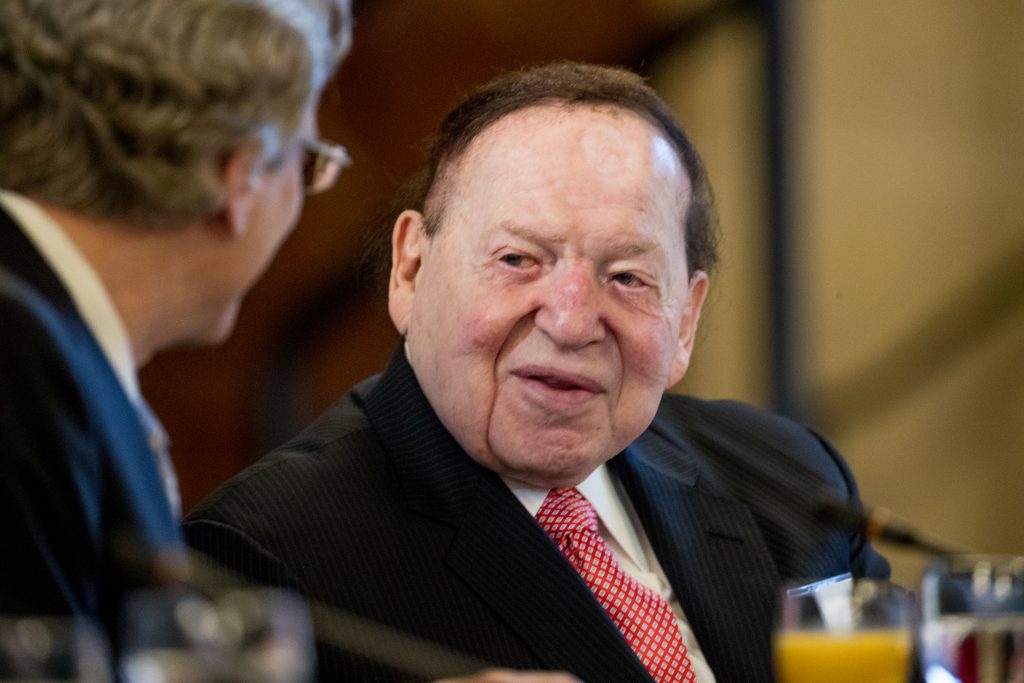 Sheldon Adelson, the tycoon behind the pro-Netanyahu daily Yisrael Hayom, told police investigators that he never discussed any quid pro quo deal under examination in the ongoing probe of corruption allegations against the prime minister, according to media reports on Thursday.

PM Netanyahu has been questioned by police several times in connection with allegations that he negotiated with Arnon Mozes, publisher of the Yedioth Ahronoth newspaper, an agreement to scale back circulation of Yisrael Hayom in return for more favorable coverage from Yedioth. Excerpts from a recording of a conversation that seemed to indicate such a deal were dismissed by Netanyahu as not representing a serious offer on his part.

According to Israeli media, Adelson told police this week that Netanyahu had never approached him about the supposed deal with Mozes.

Adelson was in Israel on a visit that coincided with President Trump’s visit, and attended the speeches at the Israel Museum on Tuesday. He stayed over in the country to cooperate with the investigation.