Israel President Trump: No Iranian Nukes on My Watch
Israel 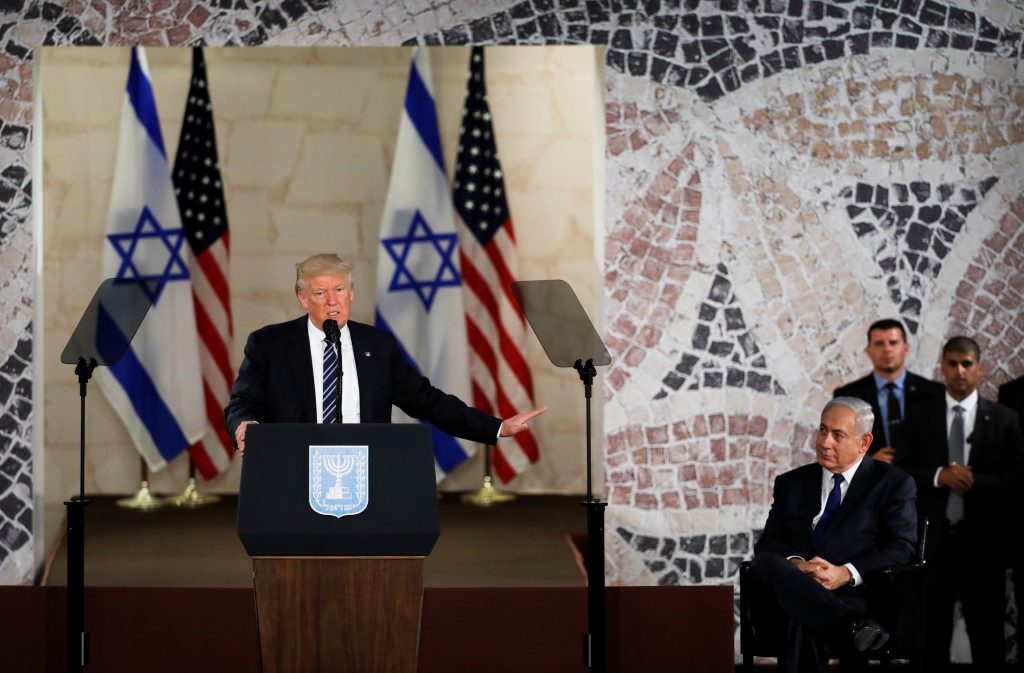 President Donald Trump said on Tuesday that Palestinian leader Mahmoud Abbas and Prime Minister Binyamin Netanyahu were prepared to “reach for peace,” even as he cautioned that a deal will not be easily achieved.

“I had a meeting this morning with President Abbas and can tell you that the Palestinians are ready to reach for peace,” President Trump said in his speech at the Israel Museum.

“In my meeting with my very good friend Benjamin, I can tell you also, that he is reaching for peace. He wants peace,” he said. “Making peace, however, will not be easy. We all know that. Both sides will face tough decisions. But with determination, compromise, and the belief that peace is possible, Israelis and Palestinians can make a deal.”

President Trump said he is “personally committed to helping Israelis and Palestinians achieve a peace agreement.”

He says his meetings earlier in the day with Mahmoud Abbas led him to believe that “the Palestinians are ready to reach for peace.”But President Trump also noted that Hamas and Hezbollah rockets are being launched into Israeli communities and schools. He says a coalition of partners who share the aim of stamping out extremism must be built.

“Throughout the ages Jews have faced persecution and those that sought their destruction, but they have persevered and survived,” the president noted.

“My administration will always stand with Israel,” he added to a large round of applause.

“Iran calls for the destruction of Israel. Not with Donald J. Trump,” he said to a standing ovation.

Prime Minister Binyamin Netanyahu, who spoke ahead of President Trump said that he welcomed Mahmoud Abbas’ condemnation of the attack in Manchester, England.

Prime Minister Netanyahu said he hopes this heralds a “real change.” He says Abbas’s condemnation could be “the first and the crucial step toward the road to a genuine peace.” He also noted that Palestinian terrorists are given stipends from the PLO.

The prime minister told President Trump that a “durable peace” can be advanced under Trump’s leadership.