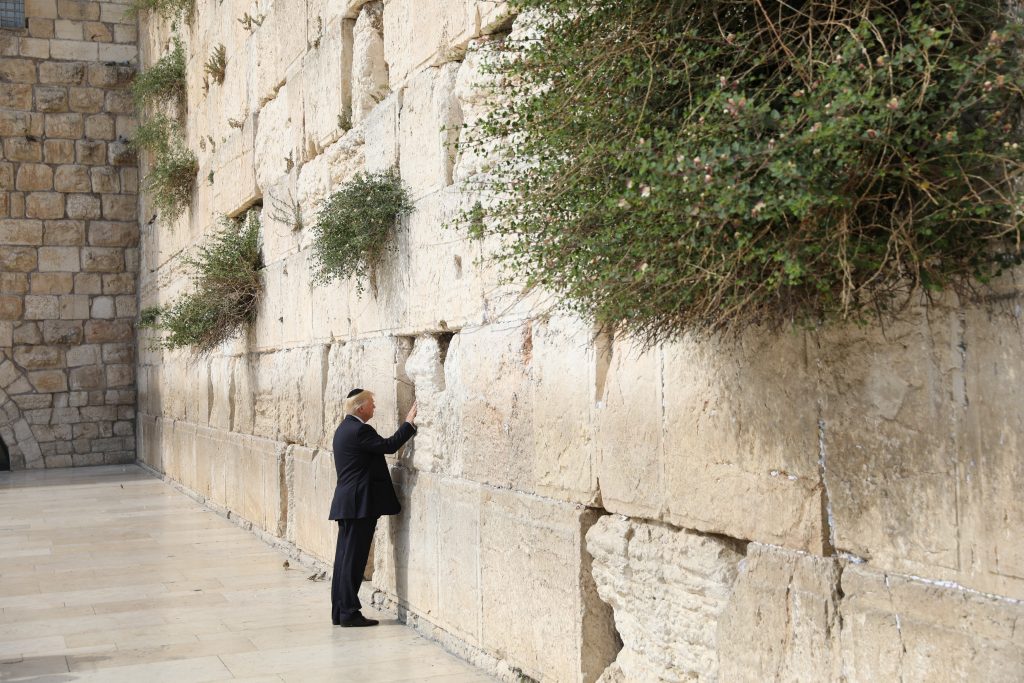 U.S. President Donald Trump’s visit to the Kosel on Monday was an important landmark not only for Israel, as Trump was the first sitting president to make such a visit; it also holds an important lesson for American Jews, especially reform and conservative activists who seek to upset long-standing Jewish traditions and hold joint services, especially at one of holiest sites in the world, said United Torah Judaism MK Rabbi Yisrael Eichler in a statement. “Even if nothing else comes of this visit, I am happy that the reform in America had to endure seeing the Trump family respect the Kosel, with each person in their proper place, whether the men’s or the lady’s sections, as is customary in this holy place,” he said.

There was unprecedented security at the Kosel and the entire area surrounding it when Trump, accompanied by his wife Melania, daughter Ivanka and son-in-law Jared Kushner, entered the Kosel plaza. The area had been put on lockdown, and other than security personnel, there were no other worshipers at the site at all when the Trumps arrived. President Trump and Jared Kushner proceeded to the men’s side of the mechitzah, while Melania Trump and Ivanka Kushner entered the ladies’ area.