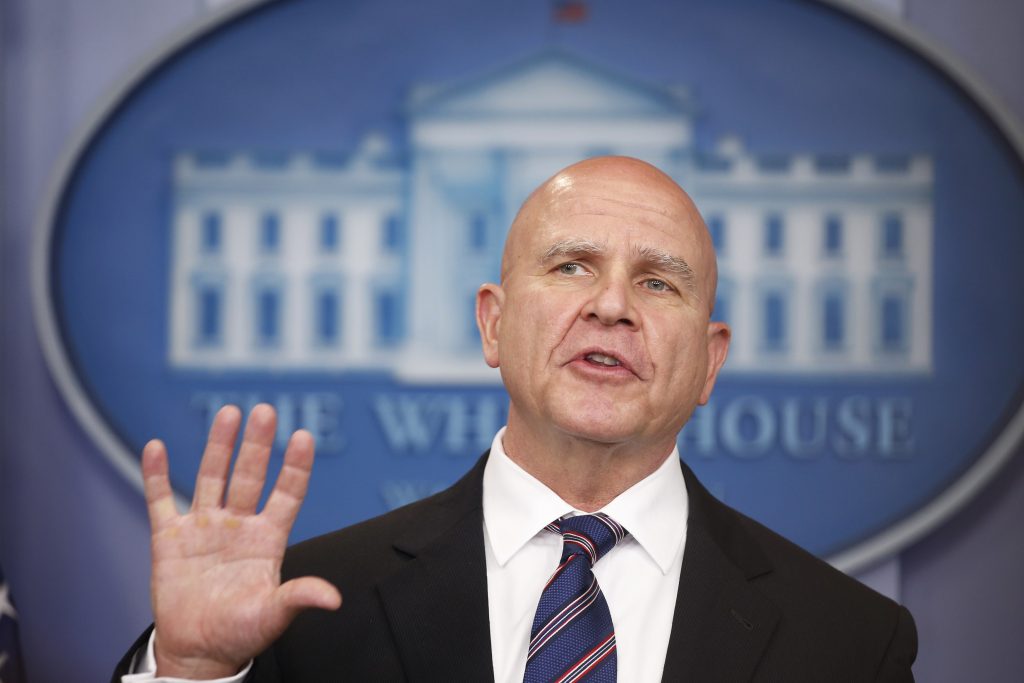 U.S. national seccurity advisor H. R. McMaster twice sidestepped reporters’ questions on the administration’s position on the status of the Kosel and eastern Yerushalayim during a press conference in Washington on Tuesday.

The question came just a day after an American consular official in Yerushalayim told Israeli officials that the Kosel was part of the West Bank, a remark that brought a request for clarification from Yerushalayim and a disavowal from the White House.

Addressing himself to the presidential itinerary on the Israel trip, McMaster said that on his first day in the region, President Trump will meet with President Reuven Rivlin, lay a wreath at Yad Vashem and visit the Israel Museum, before dining with Prime Minister Binyamin Netanyahu and his wife.

It was not clear, however, whether the meeting with Rivlin would be separate from or part of the Yad Vashem visit, which was reportedly a point of contention as of Monday, with the American delegation stipulating that they would not be two separate stops.

The following day, President Trump will meet with Palestinian Authority President Mahmoud Abbas in Beit Lechem and say a prayer at the Kosel.

“No Israeli leaders will join President Trump to the Western Wall,” McMaster confirmed, after controversy spilt over in Israel on Monday over the president’s plans at the holy site.

McMaster explained that this was not intended as a slight to the Israelis or anyone else.

“He’s going to the Western Wall mainly in connection with the theme to connect three of the world’s great religions…and to highlight the theme that we all have to be united against the enemies of all civilized people.”