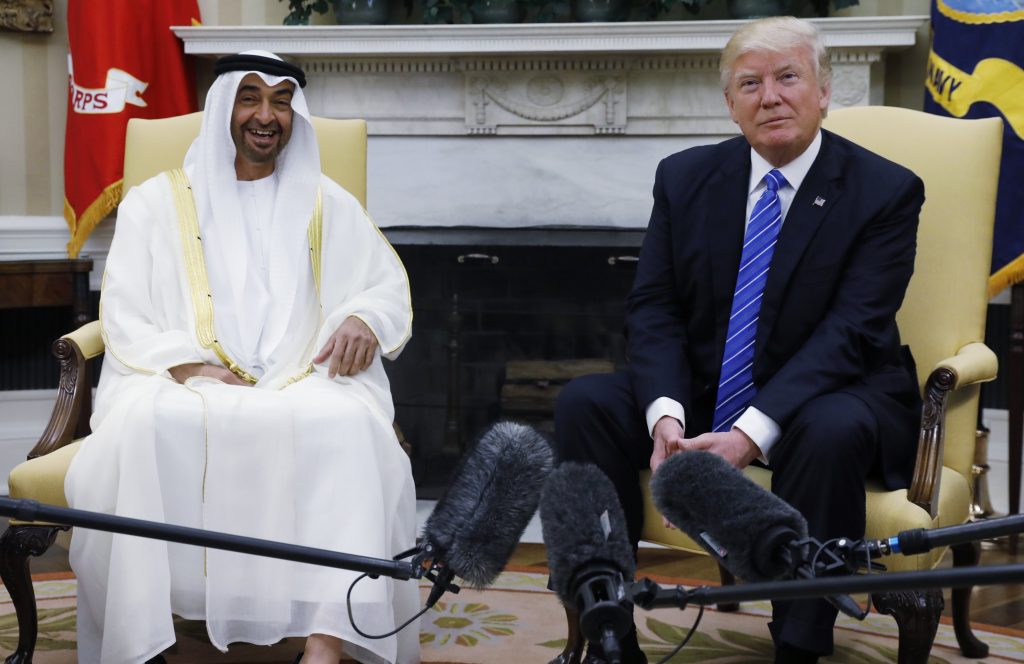 Just a week before the planned visit to Israel of U.S. President Donald Trump, The Wall Street Journal reported Tuesday that Gulf states have “offered to take concrete steps to establish better relations with Israel” in return for Israel’s willingness to withdraw from areas of Yehudah, Shomron and Yerushalayim. While the offer, as presented in the report, does not require Israel to declare that it will withdraw from all areas liberated in the 1967 Six Day War, it does demand that Israel immediately end all construction over the green line, and take “concrete steps” to improve the lives of Palestinians, including releasing terrorists from Israeli prisons.

In return, the Gulf states would acknowledge publicly what has become and increasingly closer relationship between them and Israel. According to Gulf state sources quoted in the report, the benefits to Israel could include “establishing direct telecommunications links with Israel, allowing overflight rights to Israeli aircraft, and lifting restrictions on some trade.” The report quoted a senior Gulf figure as saying that “We no longer see Israel as an enemy, but a potential opportunity.”

The proposal is included in a position paper developed by Gulf states – including Qatar, Dubai and the United Arab Emirates – as part of internal discussions. The report said that both Israel and the U.S. have been informed of the contents of the paper. Neither had any comment. However, the report quoted Energy and Water Minister Yuval Steinitz as saying that relations between Israel and the Arab world, particularly the conservative Sunni Gulf states and Saudi Arabia, were better now than ever. “Much more is going on now than any time in the past,” Steinitz was quoted as saying. “It’s almost a revolution in the Middle East. Israel has developed cutting-edge technology that allows us to detect terrorist plots in advance. This enables us to help moderate Arab governments protect themselves.”

The report comes a day after Abu Dhabi’s Crown Prince Mohamed bin Zayed al-Nahyan met President Trump on Monday in Washington. The meeting was a preparatory one for a meeting between the president and Muslim leaders at a summit in Saudi Arabia, which will take place on the president’s journey to the Middle East at end the of the week, before his visit to Israel.

The story of Israel’s improved relationship with Gulf states is an “open secret” in Israel, as hundreds of Israeli businesspeople have attended summits and meetings in Dubai and other Gulf locations in recent years. Gulf states are also said to be avid purchasers of Israeli products and technology.