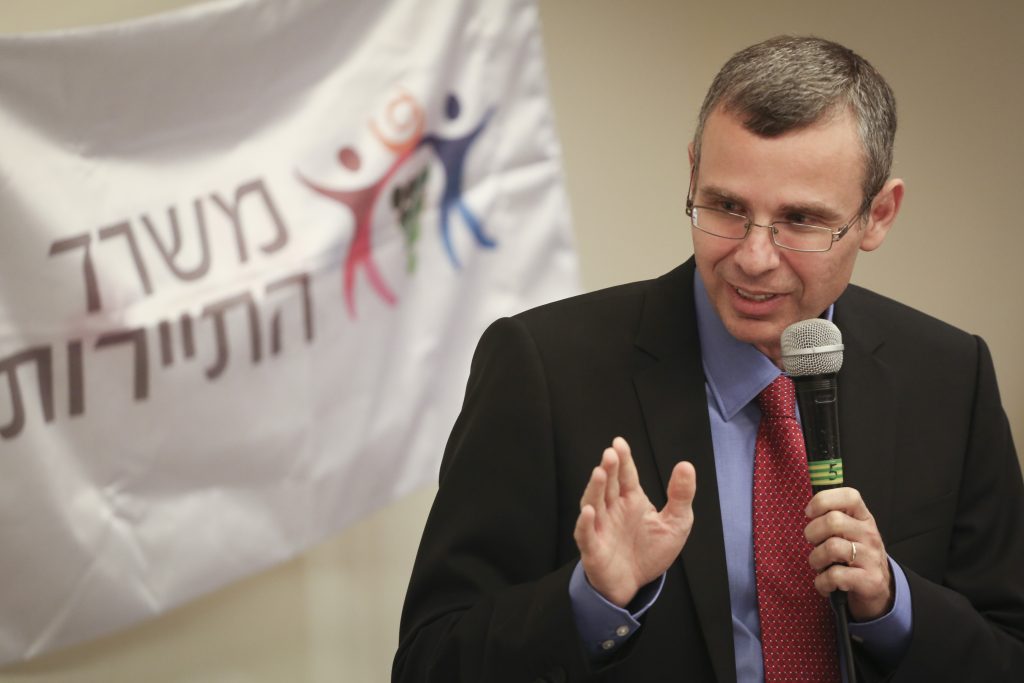 After numerous delays, the Ministerial Law Committee on Sunday approved for legislation the Nationality Bill, which establishes Hebrew as the official language of Israel, and sets the State of Israel as the national homeland of the Jewish people. The law, proposed by Likud MK Avi Dichter, was the matter of much debate over several years.

Under the bill, Arabic will be given a “special status” as a minority language. In practice, the law will change little, as many of its provisions – such as requiring that Hebrew be the chief language of communications in government texts, and that the Hebrew date be listed first on documents – are already either officially on the books, or well-established policy practices.

The bill downgrades Arabic to “a special status in the state” whose “speakers have the right to language-accessible state services.”

Tourism Minister Yariv Levin, chairman of the Ministerial Law Committee, welcomed the decision. “This bill has been debated for a very long time, and it is really a very basic bill,” Levin said of the proposed law. “It is not clear to me how this has not been approved for legislation until now. It’s purpose is simple – to anchor Israel as the homeland of the Jewish people.”

The bill will now be sent to Knesset committees for consideration. Dichter hopes to bring it up for a Knesset vote before the end of the summer session in July.