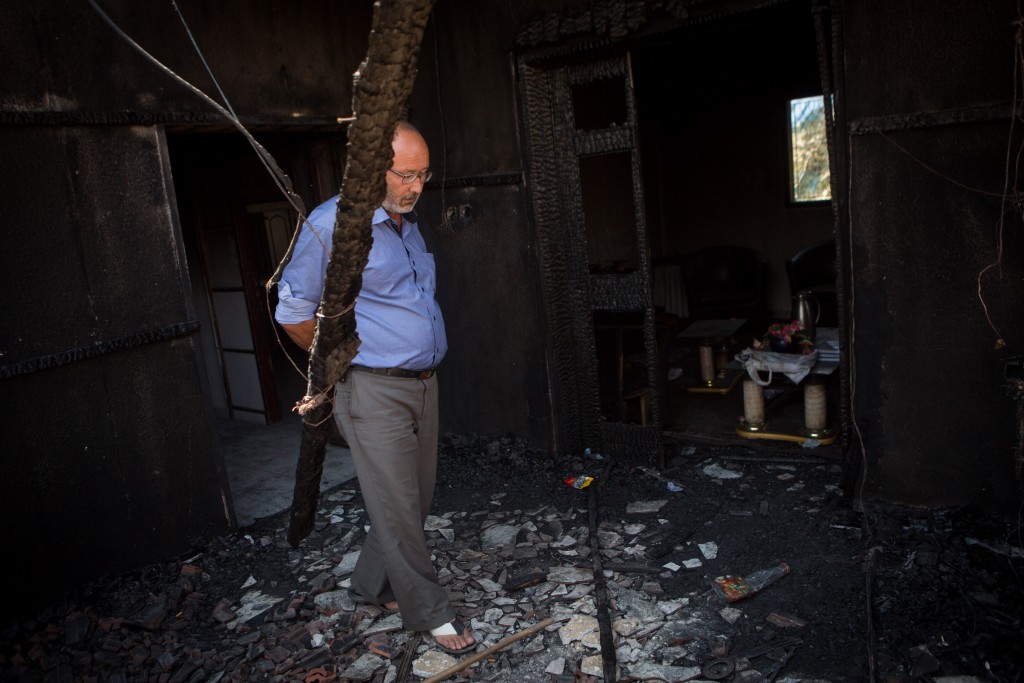 Nearly two years after the incident, members of the extended Dawabshe family are suing the state of Israel for the deaths of three family members who died in August 2015 when arsonists firebombed their home in the Arab village of Duma. Among the victims was an 18-month-old baby, Ali Dawabshe, who was burned to death, while his parents, Sa’ed and Riham Dawabshe, eventually died of injuries sustained in the fire that burned the houses down. Badly injured in the attack was an uncle of Sa’ed.

Arrested for the crime was Amiram Ben-Uliel, 21, along with an Israeli minor. Several other minors were arrested but released. Ben-Uliel has yet to go to trial. So far the two have been charged with membership in a terror group.

However, according to Channel Two, the family has decided to proceed with the lawsuit, and is claiming that it is the state that is responsible for the deaths of the three. The lawsuit, to be filed in the Nazareth District Court, claims that the state fostered an atmosphere of hatred and incitement that necessarily led to the attack.

The lawsuit is being filed through an Israeli Arab nonprofit group called Almizan. Speaking to Channel Two, Tawfik Muhammad, a spokesperson for the group, said that “the Dawabshe family places all responsibility on the state for this act of terror in which three members of the family – a father, mother and baby – were killed. In addition, it is responsible for injuries sustained by a fourth victim, the uncle.

“The state is responsible for what happened both according to international law and Israeli law, as it failed to halt the incitement and root out the Jewish terror groups responsible for that incitement,” Muhammad said. “The state ignored the development of this illegal activity for years, preferring to concentrate on building settlements, and thus were created the terrorists who burned the Dawabshe family to death.”

Last week, the Defense Ministry said that Ahmad Dawabshe, a son of Sa’ed and Riham Dawabshe and the sole surviving member of the family, was not eligible for compensation as a terror victim. According to the Ministry, residents of Palestinian Authority-controlled areas are eligible for such compensation only if the losses they sustain occur within the Green Line.