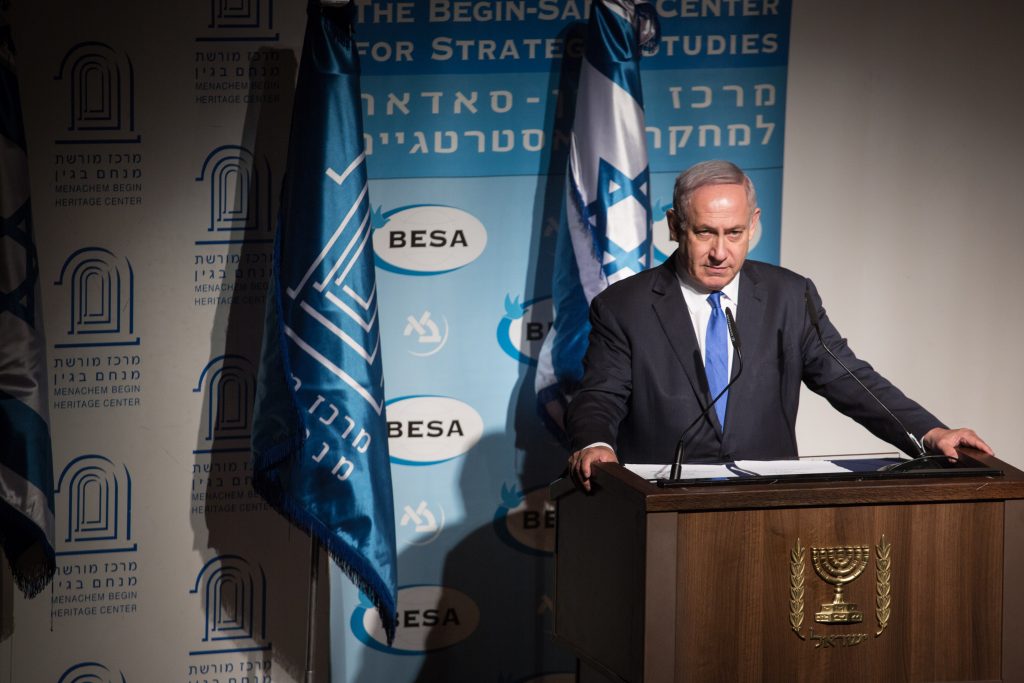 Prime Minister Binyamin Netanyahu declared on Thursday night that Israel was not bound by the 2015 Iran nuclear agreement, and warned that it will act in its own national interest in response to the threat from Tehran.

“We will not allow Iran to acquire nuclear weapons and this [2015 nuclear] agreement does not bind us,” Netanyahu said during a speech at the Menachem Begin Heritage Center for an event marking 40 years since Begin led the Likud party to its first national electoral victory in 1977, ending almost 30 years of Labor party dominance.

In his address, Netanyahu warned that Israel will “retaliate” against “those who attack or try to attack us.”

“Those who threaten our existence put themselves at existential risk,” he said.

“When it comes to Israel’s security, there are no compromises and in the face of the threats posed by radical Islam, we are honing defensive and offensive abilities, thus ensuring our existence,” he said.

Netanyahu noted that Israel now has diplomatic relations with 160 countries, including a number with Muslim-majorities, and that in the past year he has met with 250 leaders from around the world.