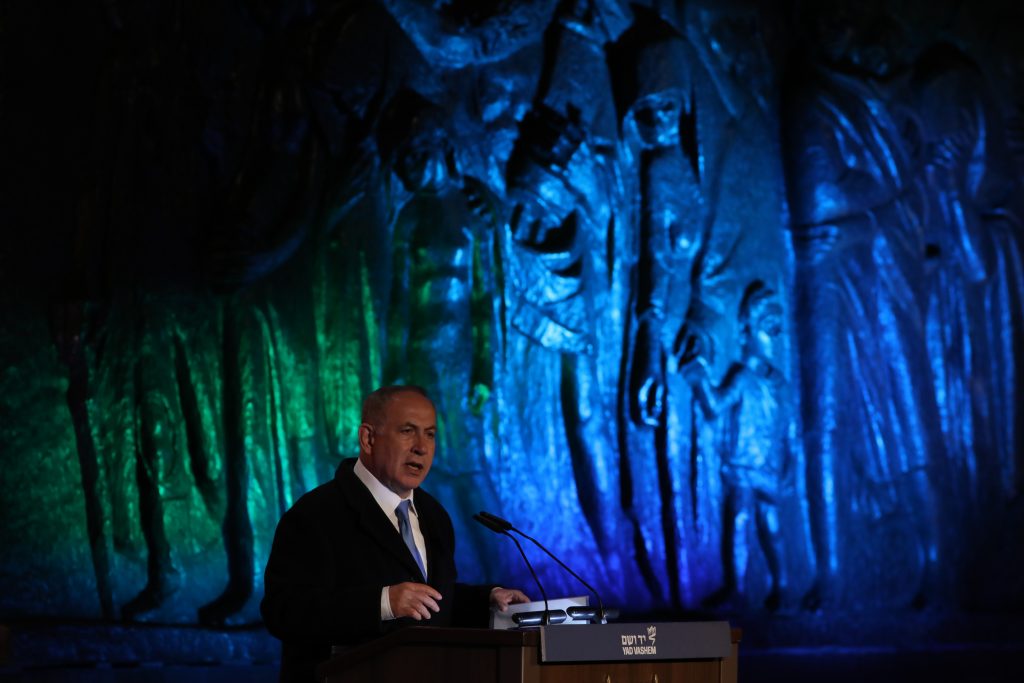 Just hours before the start of Israel’s Holocaust Remembrance Day in Israel on Sunday night, Prime Minister Binyamin Netanyahu told the weekly cabinet meeting that he has decided to head a special new committee to oversee payment of benefits to Holocaust survivors.

The announcement followed a report last week charging that survivors have been denied a significant portion of their entitlements due to bureaucratic dysfunction.

“In recent years, my governments have substantially increased budgets for the Holocaust survivors living among us. However, we must ensure that these budgets indeed reach the survivors. On this issue, I know that corrections and improvements can be made; therefore, I have decided to personally head a ministerial team that will include the ministers of Finance, Health, Social Welfare and Social Services, Construction and Housing, and Justice. We will work together and quickly to ensure quality of life and respectable existence for the Holocaust survivors in their remaining years. We have no greater obligation than this,” Netanyahu said.

The prime minister also spoke on Sunday evening at Yad Vashem to lead off the annual ceremonies.

Elazar Stern (Yesh Atid) and Dov Khenin (Joint List) proposed a raise in the annual stipend from 3,600 shekels to 12,000 shekels. The increase would affect post-1953 immigrant survivors, who did not qualify for benefits under the “Disabled Victims of Nazi Persecution” law, which pertained only to those who arrived in Israel prior to 1953.

The total cost of the proposal was put at 650 million shekels annually.