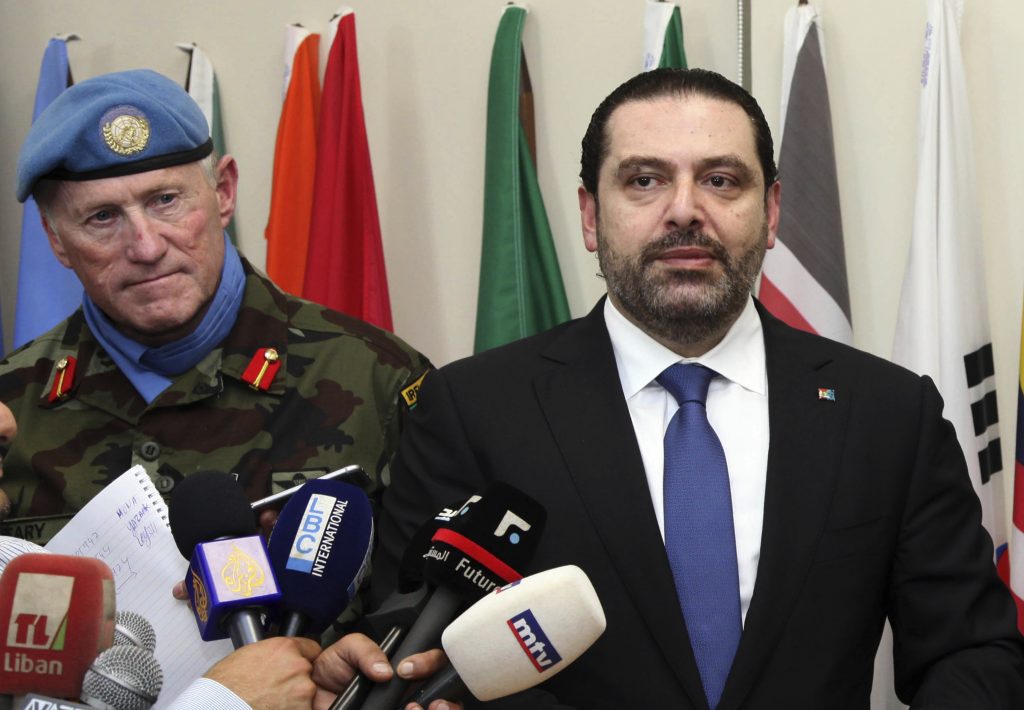 Lebanon’s prime minister criticized on Friday a media tour organized by Hezbollah in south Lebanon, saying that the government of Lebanon was not informed beforehand and did not approve.

Saad Hariri spoke to journalists during a visit to south Lebanon, a day after Hezbollah organized a tour for journalists along the Lebanon-Israel border, during which armed militants from the group appeared in a U.N.-created border buffer zone meant to be free of Hezbollah presence.

The Hezbollah tour, intended to show journalists defensive measures taken by Israel along the border in the past year, was also criticized by other opponents of the Iranian-backed group as a provocation and a violation of a 2006 U.N. Security Council resolution that created the buffer zone.

Hariri, on his visit Friday, met with United Nations peacekeepers stationed in the area and renewed Lebanon’s commitment to international resolutions.

“What happened yesterday is something that we, as a government, are concerned with and do not accept,” Hariri said. He struck a conciliatory tone, however, saying “there are political differences [with Hezbollah] that we put aside, and this is one of them.”

“I came here to emphasize that our role as a government is to preserve Resolution 1701,” Hariri said.

The Lebanese-Israeli frontier has been mostly quiet since the 2006 war, which broke out after the Iranian-backed militant group’s guerrillas crossed into Israel and captured two Israeli soldiers. The ensuing conflict, during which Israeli airstrikes left south Lebanon and Hezbollah-dominated southern Beirut in ruins and Hezbollah fired thousands of rockets at Israel, killed about 1,200 Lebanese, most of them civilians, and 160 Israelis.

The Hezbollah tour on Thursday was the first since 2006 and comes amid heightened tensions along the border between the adversaries, with each side promising to inflict massive casualties on the other in any upcoming conflict. At the border Thursday, Hezbollah officials were keen to point out that Israel is the one preparing for war, showing journalists a series of fortifications made by Israeli troops across the border in the past year to guard against anticipated Hezbollah infiltration, including huge concrete blocks, barbed and electrified fences, and deep trenches carved into the valley.

They did not show journalists what, if any, preparations the terror group was making.

The Lebanese are deeply split over Hezbollah’s role. The powerful Shiite terrorist group has an arsenal that rivals that of the Lebanese army and has sent thousands of its terrorists to shore up Syrian President Bashar Assad’s forces against predominantly Sunni rebels in the neighboring country’s six-year civil war.

Hariri and others in Lebanon have repeatedly called on Hezbollah to withdraw its troops from Syria.