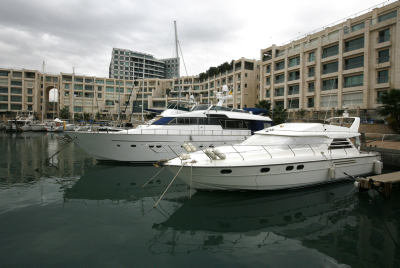 The Arena Mall, which has been operating adjacent to the Herzliya Marina since 2003, will close down over the next year, company officials were quoted by TheMarker as saying. The mall has lost money for many years, and the foot traffic does not justify its continued operation, the sources in the Reality Fund, which owns the mall, told the newspaper.

The building will be converted to a “multi-use” property, which will include a shared workspace facility, a health club, doctors’ offices, and an events space, the company sources said. “This real estate package has not realized its potential,” Mirit Becher, CEO of the Reality Fund was quoted in the report. “We, along with the Herzliya municipality, have come to realize that the site does not work well as a mall. We are determined to come up with a formula that will work.”

Although ideally located next to the Herzliya Marina and beach, the mall never took off as either a shopping or entertainment site. It has gone through four owners since it was first built. Currently, the mall is 80 percent occupied, but rents have sunk by some 25 percent since 2014. The mall had the distinction of being the only mall in Herzliya where the businesses were closed on Shabbos, and all the eateries were under the hashgachah of the Rabbanut or Badatzim.