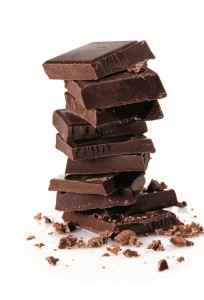 “Hashachar,” the brand of chocolate spread that achieved a modicum of fame several weeks ago when an op-ed writer for Ha’aretz urged Israel to boycott it, said Thursday that sales of the product had “risen significantly” in recent weeks. After being criticized by the newspaper for its “nationalistic” advertising and for the fact that it is produced in Yehuda and Shomron, “many people told me that they went out of their way to buy our product,” said CEO Moshe Weidberg in an interview with Arutz Sheva.

In his op-ed, Ha’aret media critic Rogel Alpher wrote that “this company donates tens of thousands of shekels a year to the settlements. I do not see how someone who opposed the occupation can continue to buy their products, knowing that the profits go to support the settlements and the immorality of Weidberg.” Besides this, the ads that the company put out – which portray Israelis at everyday activities, and feature among them people with kippas and tzitzis – are “too nationalistic,” Alpher added.

“To be honest, it’s hard to tell if the sales increases we’ve seen are due to more people flocking to our brand because of the criticism, or because of the time of year,” explained Weidberg, who said that sales usually jump before Pesach. “We are working around the clock. But we have gotten a lot of support, and many people have contacted us to tell us that they are specifically buying our product because of the criticism. It’s amazing to see the love and support from all sectors of Israelis that we have been getting.”

According to Rami Levy, CEO of the eponymous supermarket chain, “people have been coming in specifically to buy Hashachar products. I thought it was due to Pesach, as we sell more chocolate spread around the holiday than usual, but I have come to understand that it is because of the Ha’aretz editorial. Calling for a boycott for political reasons usually has the opposite effect, urging supporters to buy more,” he added.