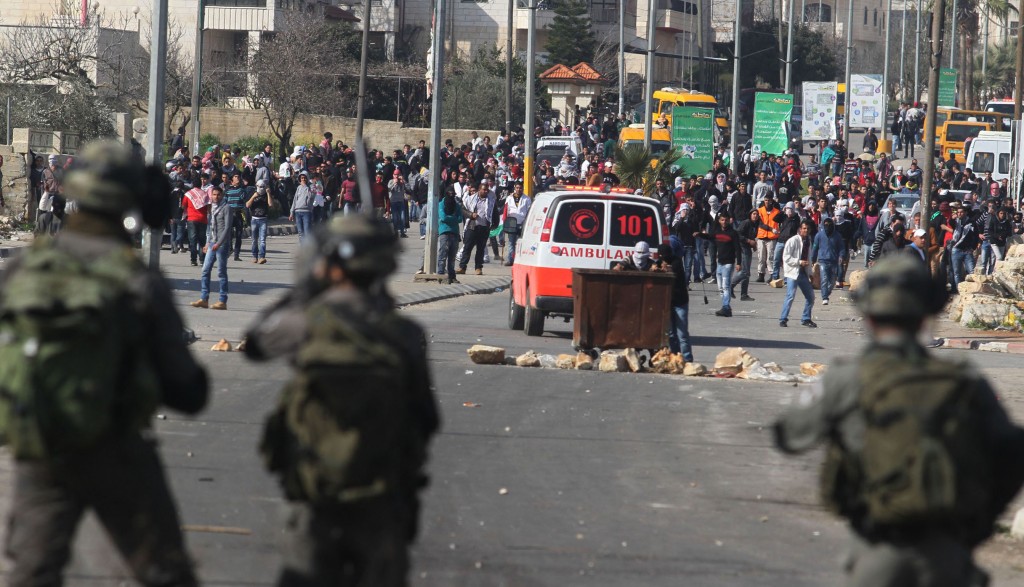 Families of the IDF soldiers murdered in the infamous “lynch” in Ramallah in 2000 were fuming Thursday, after one of the perpetrators, Hatem Khalil Muari, was released from prison after a retrial. Ro’i Avrahami, son of IDF reserve soldier Yossi Avrahami, Hy”d, who, along with Vadim Nurzhitz, Hy”d, was murdered in the lynch after the two accidentally entered Ramallah on October 12, 2000, told Army Radio Thursday that his family had no idea that Muari was to be released – or that he was even being tried again for his role in the murders.

“I heard about this first about 12 hours ago,” he said in the Thursday morning interview. “Someone from the media called me to ask for my reaction, and I had no idea what they were talking about. Only later when I investigated did I find out about the plea bargain and the release, and the picture became clearer.”

Muari was released on Wednesday night after he was sentenced to 11-1/2 years in prison in a retrial – after he had already served 15 years. Muari had originally been sentenced to life in prison, but his attorneys managed to get the court to change its verdict, claiming that a witness who said that he had seen Muari participate in the actual murder was mistaken due to poor vision. The court resentenced the terrorist to 11-1/2 years in prison for participating in the beatings of the soldiers, but not the murders.

“I am deeply disappointed in the justice system,” said Ro’i Avrahami. “No one even bothered to inform us of what was going on. We had to find out from the media, and then watch the celebrations in Gaza,” where Muari was sent after his release Wednesday night.

Michael Nurzhitz, brother of the second victim, expressed similar sentiments. “They released Muari based on the testimony of his fellow terrorists,” he told Army Radio. “I am not sure we can trust these testimonies. When we got the news, it was the straw that broke the camel’s back. We have been suffering for 17 years, and now this. My mother has gone on a hunger strike. Vadim’s son is asking questions about how this could happen, but we have no answers. He was just born when the murder happened, and never had a chance to meet his father.”

In a statement, the IDF said that it had contacted the families and informed them of the retrial, but that not all family members were informed of the issue. “For this we apologize, and we will take a lesson from this incident.”