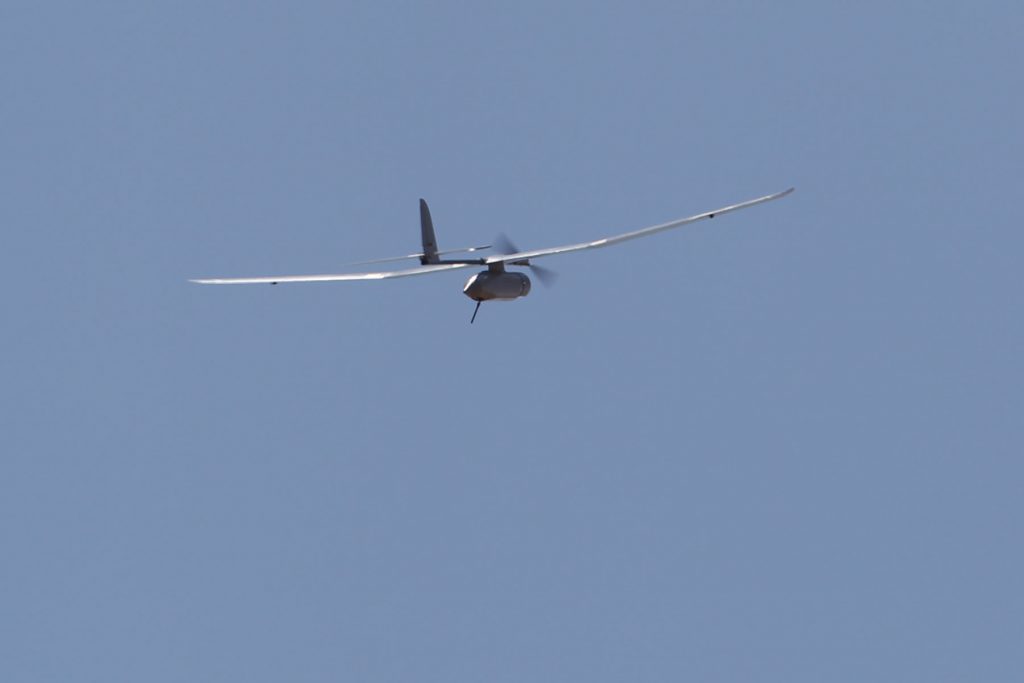 An initial investigation into how an Israeli drone was lost over Syria indicates that human error was at fault, according to IDF sources. Yisrael Hayom quoted officials as saying that this was the third time since the beginning of this year that a drone of the same type has crashed in enemy territory. The sources did not specify the nature of the error.

The IDF said Tuesday that an Israeli drone fell inside Syrian territory. The incident occurred in recent days. The drone was not an advanced model and was not carrying any data that could compromise Israeli security, the army said in a statement.

This was the third report of an Israeli incursion into Syria in less than a week. On Sunday, an Israeli drone reportedly struck a target on the Syrian side of the Golan Heights, killing a man who was driving a van in the Quneitra area. Reports said that the targeted individual was Yasser al-Sayed, a commander in Syria’s air defense unit, according to Channel 2. Israel did not comment on the report.

Overnight last Thursday, IDF forces struck in Syria, hitting several targets, including what security officials said was a shipment of advanced Iranian missiles that were being delivered to Hezbollah terrorists in Lebanon. Syrian army forces fired antiaircraft missiles at the Israeli planes. None were hit, but as the Syrian missiles were fired in the direction of the Jordan Valley, the Red Alert early-warning system went into action, sounding a loud siren at about 2:30 a.m. that sent residents scurrying for shelter.

Commenting on the recent tension with Syria, Defense Minister Avigdor Liberman said that Israel was “a responsible country that does not seek adventures. We do not wish to intervene in Syria either on the side supporting or the side against President Bashar al-Assad. We do not seek to challenge anyone nor be challenged.”

In his remarks, Liberman said that the only thing Israel was seeking was quiet. “We only act when we are the target of fire, when our sovereign territory is threatened, and when we see a significant movement of weapons to terror groups. We also act when there is a ticking time bomb, a threat of an imminent terror attack. We act only when there is no choice,” he added.