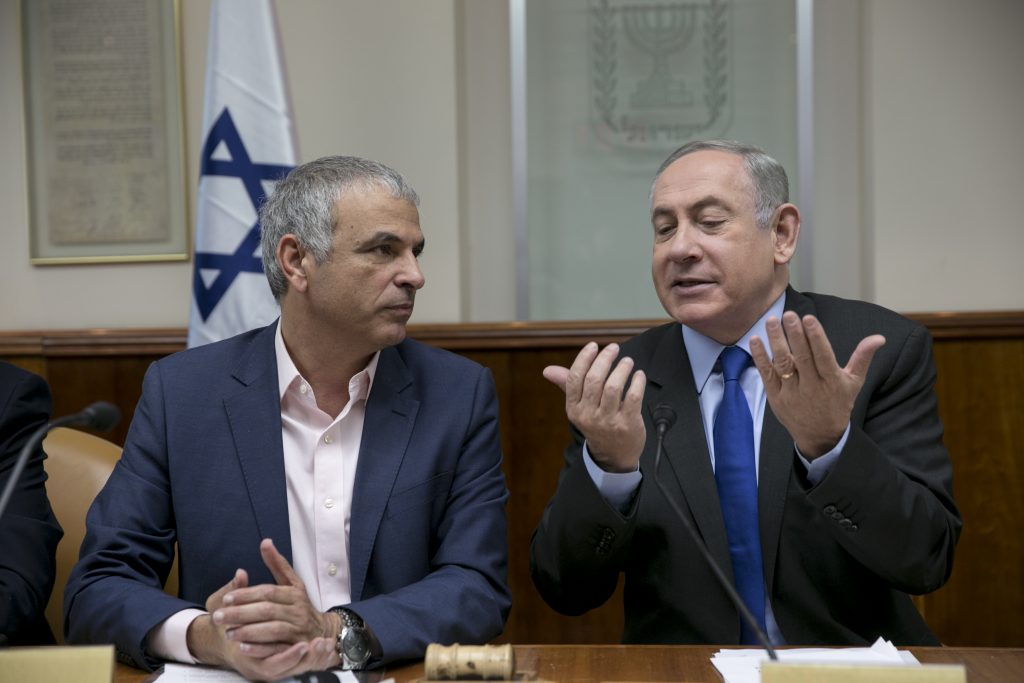 A public tiff between Prime Minister Binyamin Netanyahu and Finance Minister Moshe Kahlon that threatened to blow the government coalition apart was settled quickly on Thursday after the two reached a compromise on the opening of Israel’s new public broadcasting service.

Netanyahu had sought a six-month delay of the opening to revise the broadcaster’s mandate, in order to provide more government control, whereas Kahlon insisted on a raft of reforms that would ensure the service’s independence, without further delay. Netanyahu has obtained repeated delays in starting the service, and made clear that he would not mind if it never goes on the air.

“Establishing the corporation was a mistake, but it is not too late to correct it,” Netanyahu said on Wednesday night in a speech to coalition members in Hadera. “I call on the Minister of Finance to support a delay and a law to step up media supervision, because that is what the people want.”

By Thursday morning, Kahlon struck back, accusing Netanyahu of wanting control over public broadcasting, among other things.

“You are not really interested in public broadcasting, just control,” Kahlon fumed.

“You need to understand – I left the Likud, you won’t trick me like this. I’m not your number two or number three anymore. When it’s tough you disappear, and when there are achievements you show up.”

This was apparently a reference to Netanyahu’s allegedly grabbing credit where credit is not due. For example, Kahlon resented Netanyahu’s announcement that they had made a decision to cut taxes together, when Kahlon insisted it had long been his idea, when state revenues started rising months ago.

There was speculation in the Israeli media on Thursday that the tension between Netanyahu and Kahlon is much broader than a dispute over broadcasting; that Kahlon is gearing up for a run for the premiership in anticipation of Netanyahu being forced to resign due to the corruption probe.

However, as of Thursday afternoon, the two had worked out a compromise. Kahlon agreed to support a new bill which will empower the communications minister to appoint the chair of the broadcaster’s governing council, who would in turn pick nine members of the 11-member body. The other two members would be sitting government ministers, under the plan.

In return, Netanyahu agreed to allow the broadcasting service to begin on April 30, instead of six months from now.