Israel Liberman: Annexation Would Set Off ‘Crisis’ With U.S.
Israel 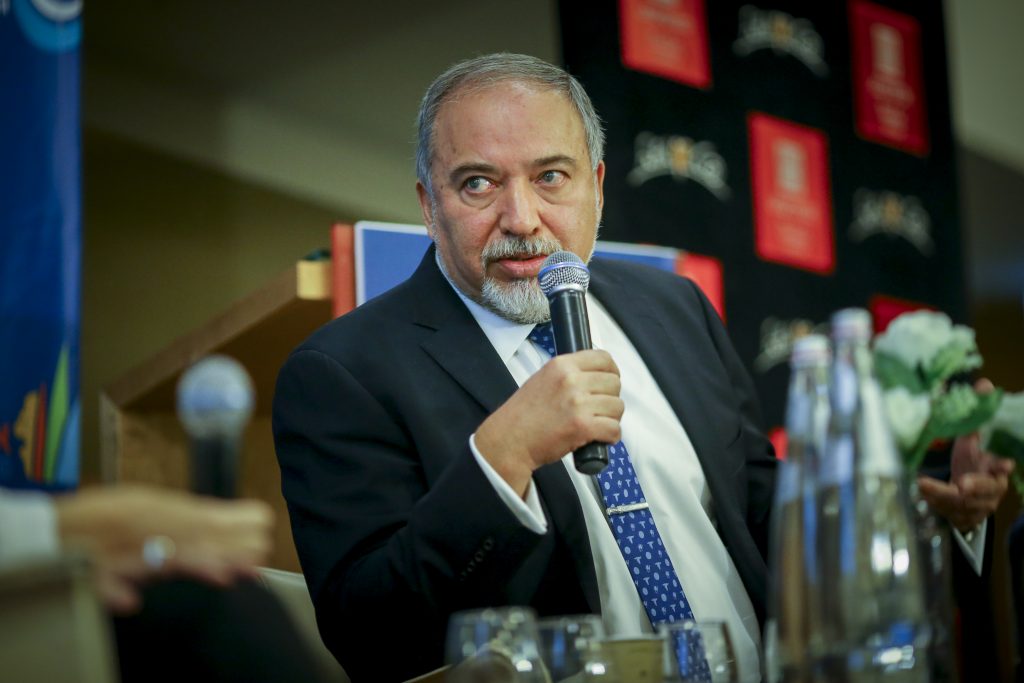 Any attempts by Israel to annex all of Yehudah and Shomron will set off an immediate “crisis” with the United States, Defense Minister Avigdor Liberman said Monday. Speaking at a meeting of the Knesset Foreign Affairs and Defense Committee, Mr. Liberman said that he had gotten “clear messages that such a declaration means a crisis in relations with the United States. The coalition must make as clear as possible that it does not intend to impose Israeli sovereignty on Yehudah and Shomron.”

Earlier, in an interview, MK Miki Zohar laid out what he said was the view of many on the right on how a “one state solution” would work. Arabs who are currently subjects of the Palestinian Authority would receive full rights as all other Israelis do, except for one – the right to vote. Arabs who chose to volunteer to serve in the IDF or National Service, however, could be considered for voting rights.

Mr. Liberman said that the interview, although conducted in Hebrew on Channel 20, which is not one of the main Israeli media outlets, had garnered a great deal of international reaction. “I am getting phone calls from all over the world asking me to clarify the government’s position on this,” Mr. Liberman told MKs.

“As far as I am concerned, we should be separating from the Palestinians, not annexing them,” Mr. Liberman said. “Annexing Yehudah and Shomron will add 2.7 million Arabs to Israel. Regardless of what this means for international relations, under Israeli law they will receive at least the status of resident, and they will all be eligible for National Insurance payments – alone a NIS 20 billion expense – as well as unemployment, welfare, and more, not to mention the money that will have to be provided for housing, infrastructure, and other services.”

Mr. Liberman also said that he does not see any reason to bail out Gaza, which Israeli officials have said in recent days is close to “exploding” because of the poverty and misery there. “Hamas cannot spend billions on terror tunnels and expect Israeli taxpayers to pay their electricity and water bills. Hamas should take some of its substantial funds and set up its own power plant or desalination facility. We will give them the minimum help possible, but I do not intend to use Israeli taxpayer money to pay for their problems.”