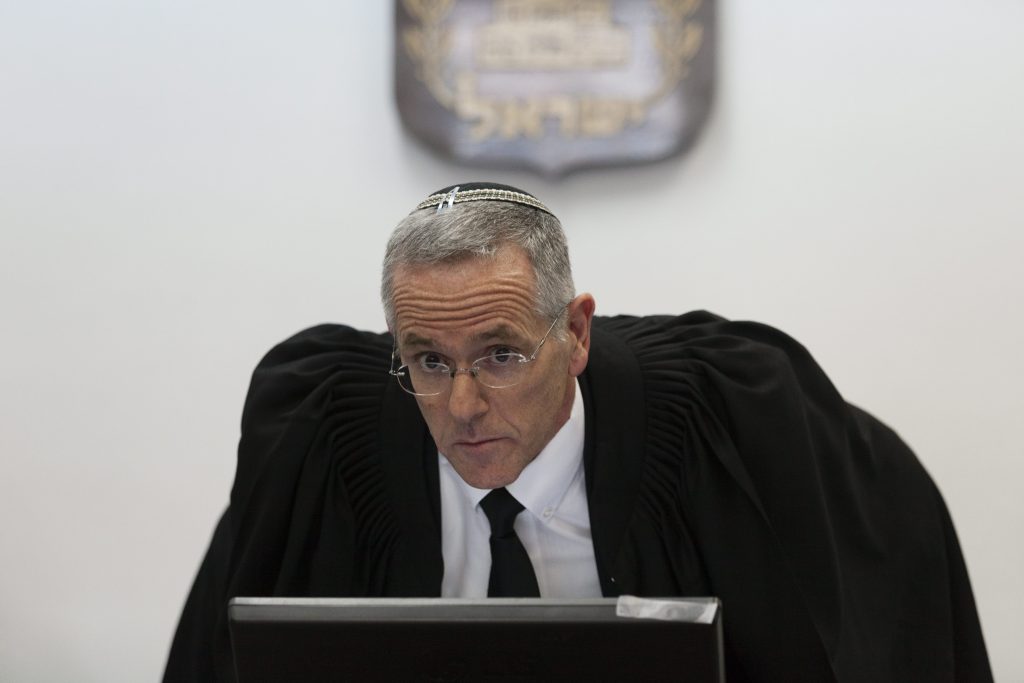 The Israeli right wing reveled in a notable victory on Wednesday night as the names of the next four High Court judges were made public, nominees who had been backed or found largely acceptable by Justice Minister Ayelet Shaked of the Jewish Home party.

Shaked herself hailed the appointments, saying that “today we have made history. This evening the Judicial Selection Committee headed by me appointed four judges to the High Court, after we have already appointed 150 judges since the beginning of my term in office. The appointment of the judges this evening will enable expression of the human and judicial mosaic which is so necessary for us as a society and was so lacking until today in the highest judicial forum. The rudder of our judicial flagship has changed its course tonight.”

The right-wing Legal Forum for the Land of Israel concurred. “This is a giant victory of Minister Shaked and the supporters of the conservative trend on the committee,” it said in a statement.

Elaborating on the nature of the victory, Shaked said that “the strength of a legal system is dependent on its heterogeneous nature and on the diverse types which make up its human element. The new appointments emphasize this approach and very soon the Supreme Court will include views and approaches which were not seen there previously.”

Those “views and approaches” will be more to the liking of Shaked and Jewish Home’s right-wing constituency, and could mark a turn away from the left-influenced interventionism of the Court. The impact of the new composition of the High Court may soon be felt in coming rulings on such crucial matters as outposts in Yehudah and Shomron, drafting of yeshivah students, and much more