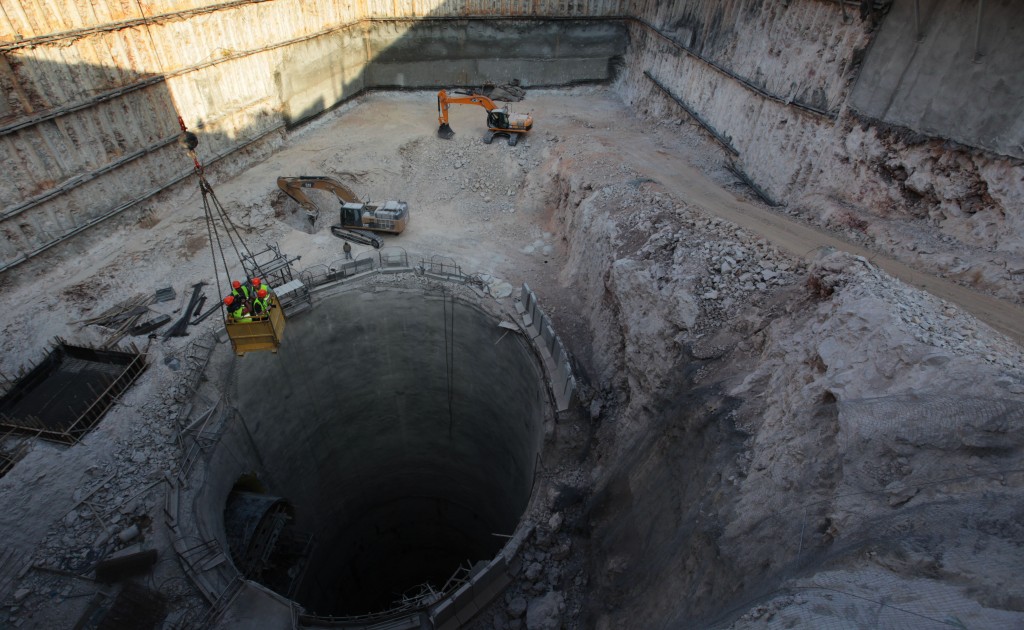 The construction of the Tel Aviv underground light rail system moves on to its second, more advanced stage Sunday, as the first specially built tunnel boring machine (TBR) begins work on creating the tunnels that will run along the route of what will become the Red Line rail. The work will begin in the area of the Diamond Exchange in Ramat Gan and will progress about ten meters per day.

It seems slow, but officials say that they must ensure that the ground above the tunnels remains stable. The tunnels will be bored 30 meters below ground, and will eventually stretch for 12 kilometers, between Kiryat Aryeh in the Petach Tikvah industrial zone and Lillienblum Street in Tel Aviv. By the end of 2017, eight TBRs will be in action, working on tunnels for the other lines that will eventually make up the Tel Aviv area subway.

The TBMs are manufactured in China by the CRTG company and assembled at the work site in Tel Aviv. Each machine weighs 900 tons, is 115 meters long, and has a boring head 7.5 meters in circumference.

When completed, the Tel Aviv subway will completely change the transportation situation in Tel Aviv, said Transportation Minister Yisrael Katz. “I instructed that the project be undertaken two years ago after years of delay and postponement. The vision of a fast train system in Tel Aviv that many people doubted they would ever see is now in progress,” said Katz.