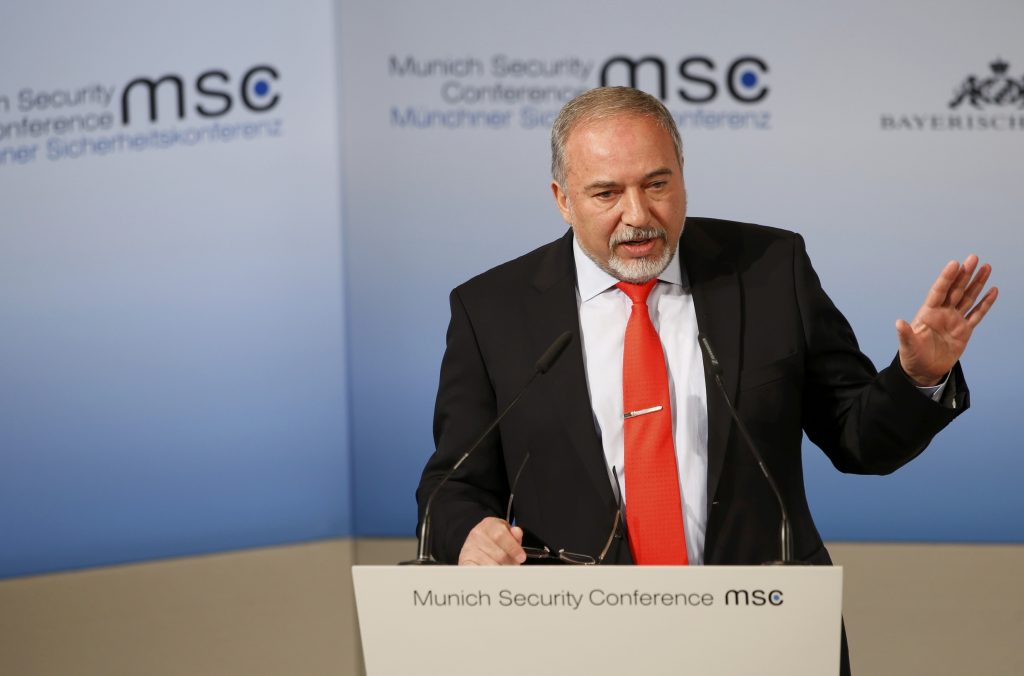 President Donald Trump may not have a preference when it comes to an Israeli-Palestinian final status settlement, but unlike President Trump, Defense Minister Avigdor Liberman is a strong supporter of the two state solution, he said at the Munich Security Conference Sunday.

Speaking before dozens of top security officials from around the world, Liberman said that “Israel has three problems – Iran, Iran, and Iran” – and that this is what Israel needed to be concerned with, far more than about setting up a Palestinian state west of the Jordan River. Iran was seeking to be a regional power, and had engineered unrest throughout the Middle East, threatening Israelis and the Sunni Arab governments that neighbor Israel, Liberman said.

“The world is not divided between Jews, Muslims, and Christians, or between Israelis and Palestinians, but between the forces of radicalism and the forces of moderation,” he said in his speech at the conference. Israel had a window of opportunity now to make a deal with the Palestinians and the Arab world, considering the threat old-line Sunni Arabs face from Iran. “This is the first time since 1948 that the moderate Sunni Arab world realizes that that the threat to them comes not from the Jews or Zionism, but from Iran.”

“We must ensure that Israel remains a Jewish state,” said Liberman, and if the price of that was “a two state solution with land and population swaps as part of an overall agreement,” then so be it. Population swaps were an important part of the package, Liberman added. “We cannot accept a situation where there will be a Palestinian state with not a single Jew, alongside a State of Israel where 20 percent of the population is Palestinian.”