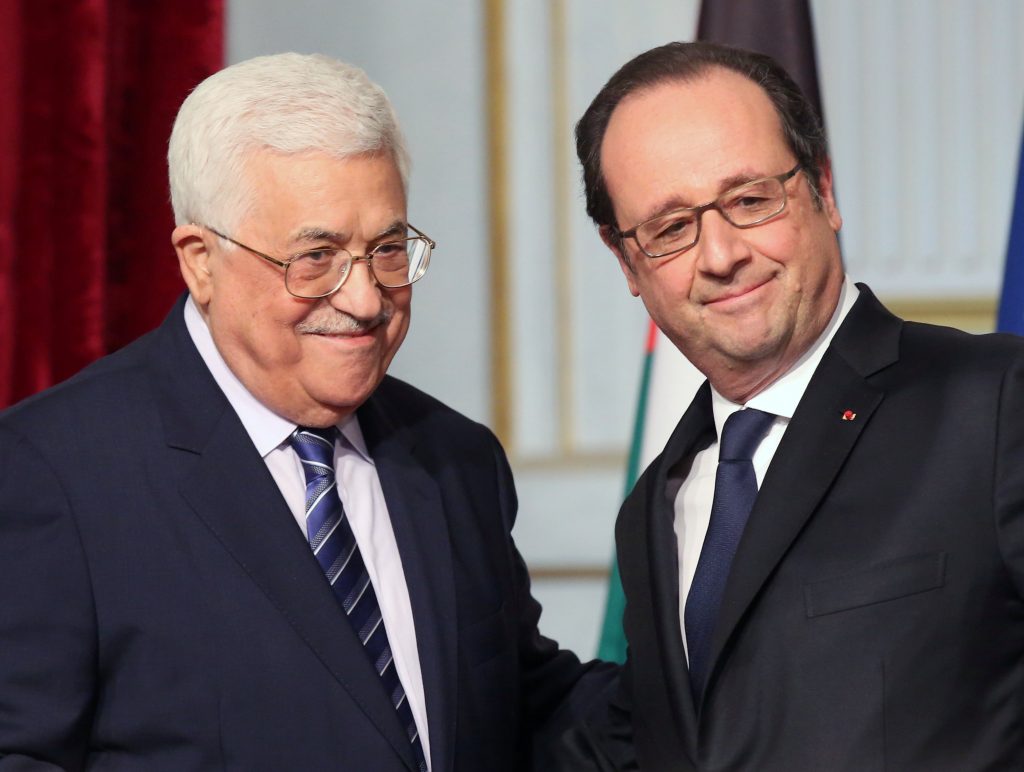 Palestinian President Mahmoud Abbas threatened on Wednesday he could be forced to suspend security cooperation with Israel if the ramp-up of Israeli building in Yehudah and Shomron continued.

“If the colonization continues, I would have no other choice, it would not be my fault,” Mr. Abbas told France’s Senate during a visit to Paris.

The comment came just a day after he met with French President Francois Hollande and claimed that the Knesset had violated international law by retroactively legalizing some 4,000 Jewish homes on contested property in Area C of Yehudah and Shomron.

In a letter to E.U. Foreign Policy Chief Federica Mogherini sent earlier in the day, Mr. Abbas denounced the law as “a major setback to peacemaking efforts and will undermine the two-state solution, which will have implications on the region and world in general.” The E.U. condemned the law shortly after its passage.

Meanwhile, in Yerushalayim, Deputy Foreign Minister Tzipi Hotovely defended the legislation, which compensates Palestinians for land the courts determine they have a legitimate claim to.

“The legal principle of compensation is known in all western legal systems. And this principle that Israel adopted this week creates the right justice between the Palestinians and the Jewish families,” she said.

“The underlying premise behind the critics of Israel is that this is occupied Palestinian land. This premise is incorrect. Israel has both historic and legal rights to this land and the law reaches the right balance between the rights of the Jewish families to their homes and the right of the owners of these plots of land to get compensation,” she said.