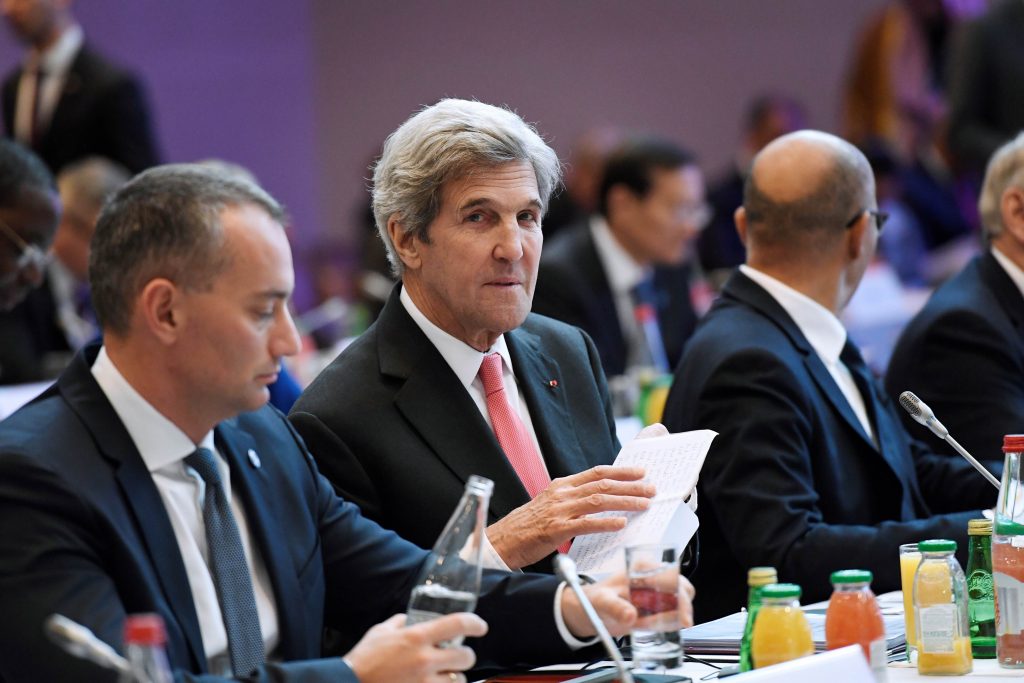 After months of preparations, and despite strident Israeli opposition and a lukewarm reaction from the U.S. and others, the Paris Mideast Peace Conference took place on Sunday without producing much more than a restatement of well-known positions.

Some 70 countries on Sunday reaffirmed that only a two-state solution could resolve the Israeli-Palestinian conflict and warned they would not recognize any unilateral steps by either side that could prejudge negotiations.

The final communique of the one-day peace conference shied away from explicitly criticizing plans by U.S. president-elect Donald Trump to move the U.S Embassy to Yerushalayim, although diplomats said the wording sent a “subliminal” message.

Countries including key European and Arab states, as well as the permanent members of the U.N. Security Council, were in Paris for the conference that Israeli Prime Minister Binyamin Netanyahu rejected as “futile.” Neither the Israelis nor the Palestinians were represented.

However, just five days before Trump is sworn in, the meeting was seen as a platform for countries to send a strong signal to the incoming American president that a two-state solution to the conflict could not be compromised on and that unilateral decisions could exacerbate tensions on the ground.

The participants “call on each side … to refrain from unilateral steps that prejudge the outcome of negotiations on final-status issues including, inter alia, Jerusalem, borders, security, refugees and that which they will not recognize,” the final communique said.

A French diplomatic source said there had been tough negotiations on that paragraph.

“It’s a tortuous and complicated paragraph to pass a subliminal message to the Trump administration,” the diplomat said.

U.S. Secretary of State John Kerry told reporters it would have been inappropriate to include the issue of moving the U.S. embassy, it being publicly debated in the United States.

Paris has said the meeting did not aim to impose anything on Israel or the Palestinians and that only direct negotiations could resolve the conflict.

The final draft did not go into any details other than reaffirming U.N. Security Council resolutions, including 2334. Diplomats said that had been a source of friction in talks.

“When some are questioning this, it’s vital for us to recall the framework of negotiations. That framework is the 1967 borders and the main resolutions of the United Nations,” French Foreign Minister Jean-Marc Ayrault, told reporters.

Kerry, who abandoned his efforts to broker peace talks in April 2014, told reporters that the meeting had “moved the ball forward.”

“It underscores this is not just one administration’s point of view, this is shared by the international community broadly,” he said.

Israel had already rejected the conference as an ill-conceived distraction from direct negotiations with the Palestinians. Netanyahu told a cabinet meeting on Sunday that “this conference is among the last twitches of the world of yesterday … Tomorrow will look different and that tomorrow is very close.”

Britain was also critical of the summit on Sunday, saying it risked “hardening positions.”

“We have particular reservations about an international conference intended to advance peace between the parties that does not involve them – indeed which is taking place against the wishes of the Israelis – and which is taking place just days before the transition to a new American President when the U.S. will be the ultimate guarantor of any agreement,” a Foreign Office statement said.

“There are risks therefore, that this conference hardens positions at a time when we need to be encouraging the conditions for peace.”

Britain had observer status at the conference. It did not back the final communique.