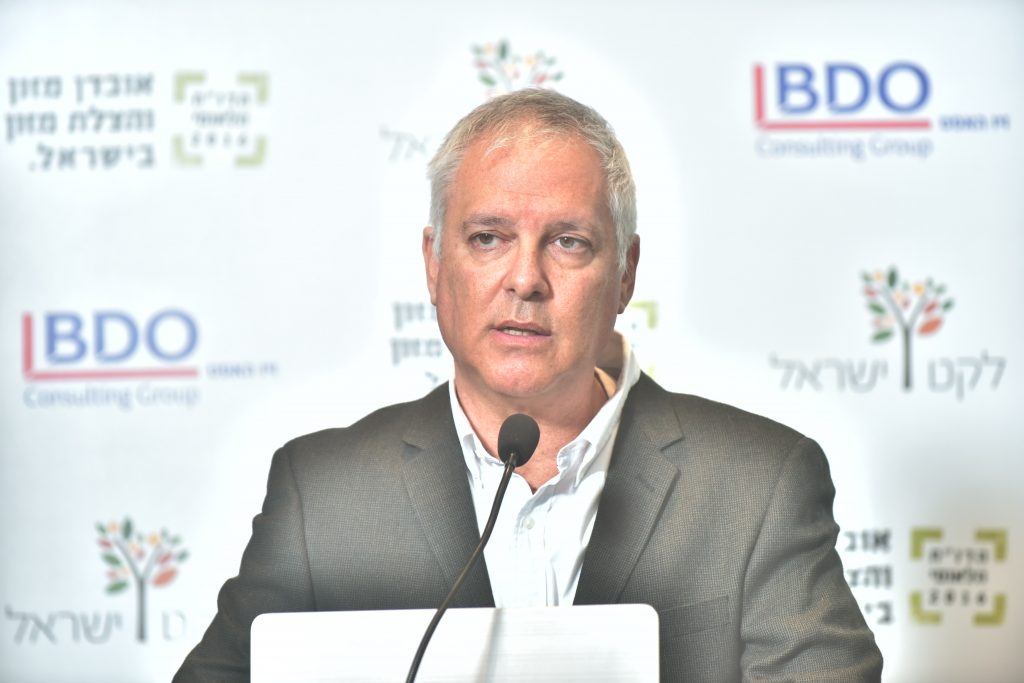 More than 2.4 million tons of edible food, with a market value of NIS 19.5 billion ($5 million) is wasted in Israel annually, according to the second national Food Waste and Rescue in Israel: The Economic, Social and Environmental Impact Report, released Tuesday by Leket Israel and BDO Ziv Haft Israel. 1.2 million tons of this food can be rescued and is suitable for human consumption; valued at NIS 8 billion ($2 billion). Of that, 450 thousand tons, 19 percent of the wasted food, would bridge the national food insecurity gap.

Leket Israel, an organization that is trying to make a difference in the habits of Israelis and utilizing the recourses that are so readily available, yet aren’t maximized.

In their report, they note that there is so much perfectly good food that is going to waste and could be used by those in need.

The report highlights the economic, social and environmental benefits of rescuing unused food for the more than two million Israeli citizens living below the poverty line. BDO applied a unique model that evaluated the loss of food in Israel throughout the value chain: from agriculture to packaging, industry and distribution.

Leket has 18 refrigerator trucks and vans, with dozens of volunteers, who gather much of the foods from the institutions that are willing to be of assistance to those who can’t make ends meet. They distribute to many chessed organizations across the country.

According to Joseph Gitler, Leket Israel’s Founder and Chairman: “Western countries have worked extensively to reduce food waste this year and it is incumbent on the Israeli government to follow suit. Since the publication of the inaugural Food Waste and Rescue in Israel Report, Leket Israel has been successful in advancing the law encouraging food rescue. The law passed the Knesset preliminary reading and is currently awaiting approval in the labor, welfare, and health committees. This is a positive step; however, in order to make significant strides, it is imperative to set a national goal similar to the U.N.’s resolution of a 50-percent reduction in food waste by 2030, since adopted by the U.S. administration.”

Talking to Hamodia shortly after the release of the report, Gitler added that the figures relate only to the institutional sector, and not to the private sector. He notes that based on statistics of Leket Israel, it is presumed that in the private sector the numbers could be even higher. “This report is to raise awareness, especially in the private sector. Besides the bal tashchis, the superfluous foods could come to good use. If people would also learn better buying habits and plan their meals better, it would save so much food.

“There are those whose attitude is: we’ve paid for it, it’s our food, so we can do what we want with it. That approach is obviously wrong. We are trying to get the government, or the relevant ministries, to take action and teach the public to waste less.”

According to Chen Herzog, Chief Economist at BDO Ziv Haft Israel: “Surplus food in institutional kitchens is inevitable due to the need to supply food in varied conditions of uncertainty. Our analysis shows high viability to rescue surplus food from military bases, hotels and banquet halls for the benefit of the needy. For every shekel invested in food rescue, there is a NIS 3.6 return on the investment. If you take into account the environmental and social impact, then every shekel invested yields NIS 7.2 return. Waste reduction is a wining solution for the environment; lowering pollutant levels, greenhouse emissions and a reduction in the use of finite land and water resources.”

Food rescue allows for a narrowing of the food insecurity gap by 73 percent of what it costs to the economy. There is a clear economic benefit in providing for the needy with rescued food rather than with government stipends, subsidies etc., considering the unique characteristics of turning waste into food. With NIS 810 million ($210 million), it is possible to rescue food valued at NIS 3 billion ($780 million) which is equivalent to the entire consumption gap between Israelis suffering from food insecurity and Israelis who enjoy normative levels of consumption.

Gitler notes that “as it stands now, of the 64 million meals that go to waste, only a minimal 3 million get utilized. Those numbers needs to be changed – and the quicker the better; this could help so many needy families in Israel.”