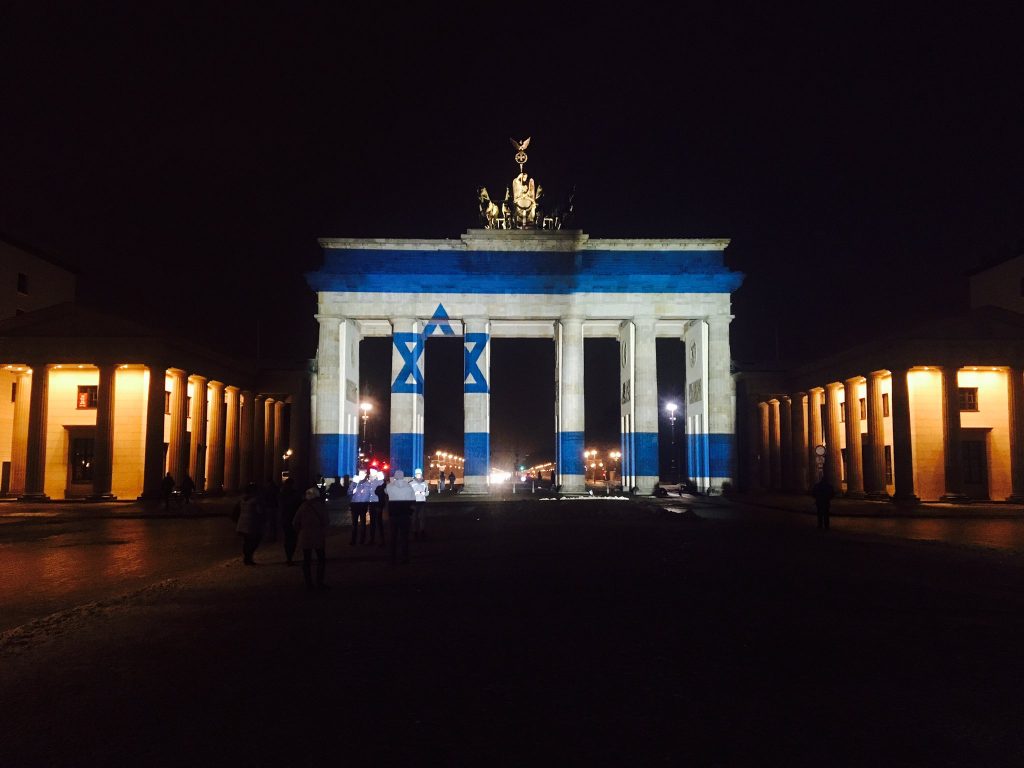 In a striking show of solidarity, Berlin’s Brandenburg Gate lit up in the colors of the Israeli flag on Monday, to honor the victims of Sunday’s truck-ramming attack in Yerushalayim.

Israel’s ambassador to Germany, Avraham Nir-Feldklein, welcomed the gesture, saying Israel was “moved by the gesture of the Berlin Senate, and we are very grateful for the support of the German government and the people [and] for the consoling words of solidarity,” according to i24 news.

“We all see us faced with the same terror, from Nice over Berlin to Yerushalayim, but together we will face evil and we will win,” he was quoted in a post by the Israeli embassy.

“Today, the light of the Brandenburg Gate symbolizes the connection of our hearts,” Nir-Feldklein said.

The rare image was shared on social media by German and international pro-Israel groups, garnering thousands of views.

The decision to illuminate the landmark followed an online petition& calling on the Berlin Senate to do so for the Israeli victims, as was done after “terror attacks in France, Poland, Turkey, and Germany.”

“Anything else would be a ….. indictment for Berlin and would give the impression that there are first and second class victims,” the petition read.

Within 24 hours, the petition was signed by 4,173 people. However, it was not known who initiated the idea.