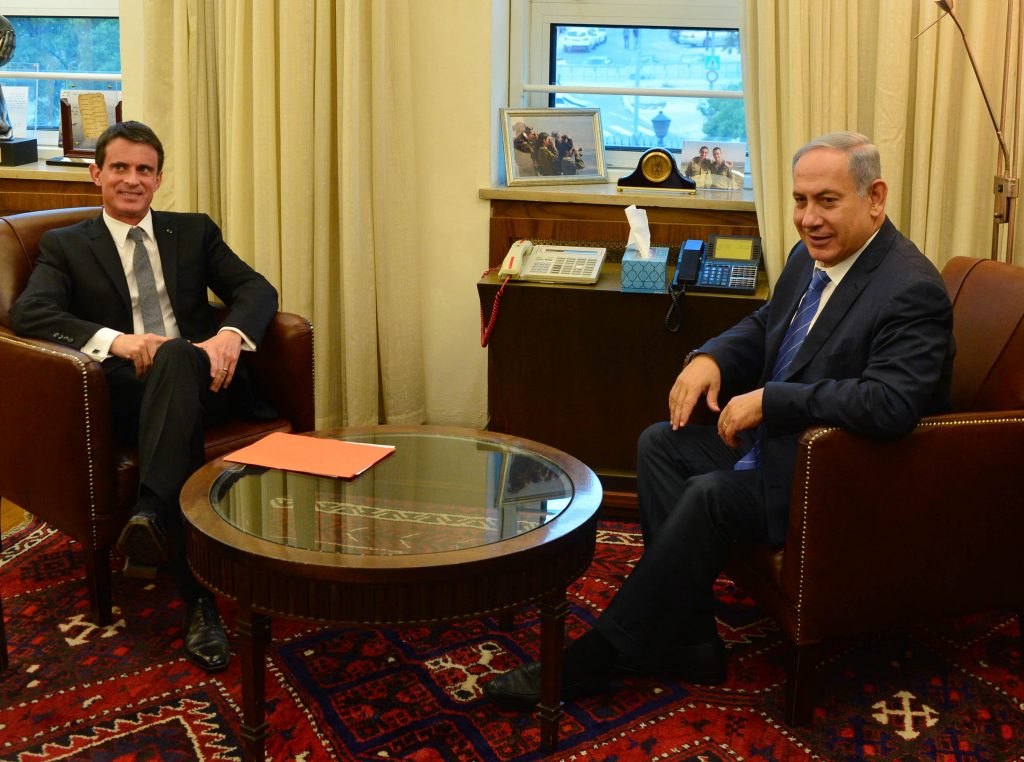 France will postpone a proposed Middle East peace conference in Paris to January of next year, Voice of Palestine radio reported on Wednesday, with Prime Minister Binyamin Netanyahu refusing to participate and U.S. attendance in doubt.

France has been trying to persuade Netanyahu, who has repeatedly rejected the conference proposal, to meet with Palestinian leader Mahmoud Abbas in the French capital to try to revive moribund peace talks between the two sides.

Voice of Palestine radio quoted Palestinian Ambassador to France Salman El Herfi as saying that Paris had informed the Palestinians of its delay to the peace conference until January “to make better preparations.”

It said Herfi would meet French officials on Wednesday to discuss the issue and that he had said that if Israel refused to come in January, the international conference would still go ahead, but without the main protagonists.

Asked to comment on the situation, a spokesman for the French foreign ministry replied: “As of now, France has never officially confirmed any date for this conference. We will do so once we have had the results of our talks with all the parties concerned.”

France has repeatedly tried to breathe new life into the peace process this year, holding a preliminary conference in June where the United Nations, European Union, United States and major Arab countries gathered to discuss proposals without the Israelis or Palestinians present.

The plan was to hold a follow-up conference before the end of 2016 with the Israelis and Palestinians involved to see whether the two sides could be brought back to negotiations.

The conference of foreign ministers was aimed at agreeing on a joint statement that would reaffirm the two-state solution, diplomats said.