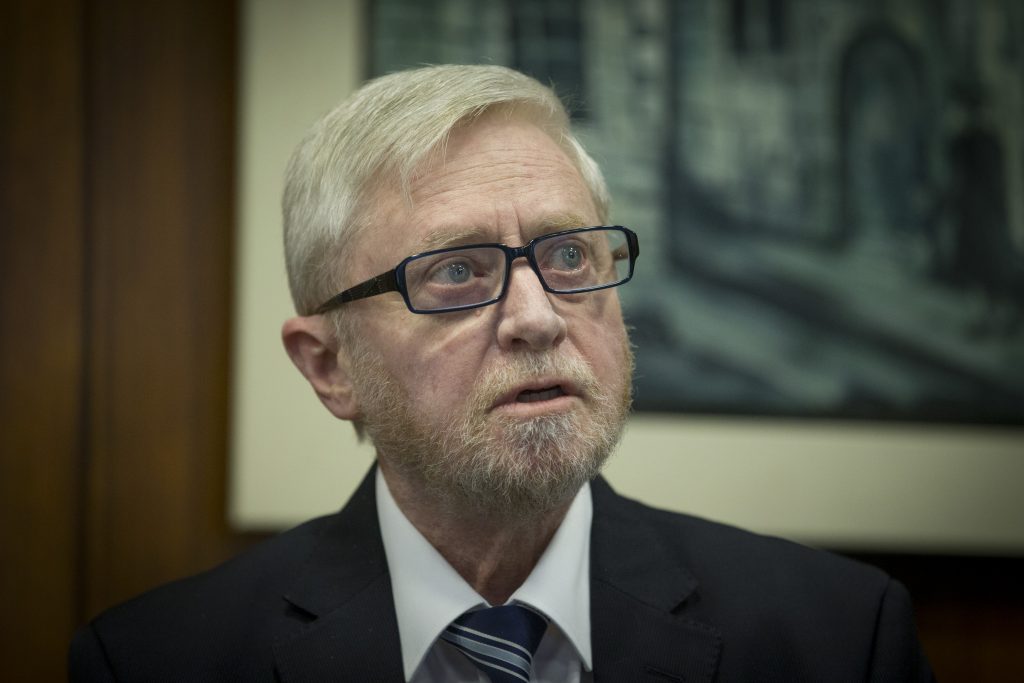 A new report on the state of home-front security in Israel claims that hundreds of thousands of Israelis are exposed to serious danger of attack. Hamas, Hezbollah, and other terror group have thousands of missiles aimed at Israeli cities, and the state essentially cannot protect against a massive missile attack in many parts of the country.

The report by State Comptroller Yosef Shapira presents a stinging indictment of the lack of preparation for Israel to handle a major home front emergency. Although Israel has developed effective defenses against both short-range and long-range missiles in the form of three defense systems — Iron Dome, David’s Sling, and the Arrow system — early-warning systems that caution residents to take cover are lacking, and there are not enough functioning safe rooms and bomb shelters in many neighborhoods. In addition, there are no organized plans in many areas for the evacuation of civilians in the event of a war emergency, putting residents of urban areas at risk as they try to leave town, only to be stymied by traffic — and making them easy targets for attacks by Israel’s enemies.

A review of the stock of public shelters, the report said, indicated that many of them are not equipped with supplies that individuals and families would need if they had to find refuge there. Many of those shelters were built years ago, and would be unlikely to hold up in the event of a direct hit by modern, more powerful missiles. In many areas, shelters have been repurposed into classrooms, shuls, community centers, and other facilities, and in other areas, shelters that were locked and abandoned years ago have been vandalized, with broken doors and windows.

Although a new early-warning system that will pinpoint neighborhoods, and even specific streets, with information about when and where a missile attack is set to take place is currently under development, the system has not yet been implemented. Meanwhile, the sirens that are currently used to warn residents of large areas that a missile is bound for their general location are often not loud enough to be heard by many of the elderly inhabitants and other vulnerable populations, the report said. And apps and websites that are under development to send out alerts in the event of an attack don’t always work properly.

Even when they do, the report said, urban residents who don’t have access to shelters — whether public or in their homes — who try to evacuate the area, or who are instructed to do so by authorities, are likely to find chaos on the roads, as evacuation plans are woefully lacking. Besides the fact that there are no organized plans for where to put tens of thousands of residents of a city or geographic area in the event of an evacuation, plans fail to take into account many of the events that could crop up during an evacuation, such as panic, traffic accidents, violence, etc. In addition, it is not clear that police or the IDF would be able to deploy sufficient staff to direct traffic effectively.

A special section of the report was dedicated to residents of northern Israel, arguably under the most extreme threat, with thousands of advanced Iranian rockets directed at them by Hezbollah terrorists. As residents of the periphery, Israelis in northern communities lack shelters and supplies to an even greater extent than residents of the center of the country.

Shapira said that he decided to conduct the study that led to the report after some 4,000 missiles were fired at Israel during Operation Protective Edge in 2014. “The Defense Ministry has failed to develop a multi-year plan to prepare the home front for an emergency situation,” Shapira wrote. “They have failed to allocate resources for such emergencies, and thus damage the ability of the home front to prepare for them.” The government has consistently ignored the issue, failed to set meetings, and failed to conduct meaningful discussions even when relatively rare meetings were held. In addition, various government departments were still struggling to decide who would be in charge of what, with rivalries and politics interfering with preparedness. All this, said Shapira, “has damaged the ability of the home front to properly prepare for emergencies, putting many Israelis at risk.”

In response to the report, a spokesperson for former Defense Minister Moshe Yaalon, who was defense minister during the period covered by the report, said that the report “painted an incorrect picture of the true situation based on partial information. It does not contribute to the full and deep understanding of how home front security was handled in the Yaalon administration. The Defense Minister led significant changes to the way home front security is handled, including helping local authorities develop plans and projects to protect populations during emergencies. In addition, Defense Minister Yaalon led efforts to correct many of the issues in the report.”