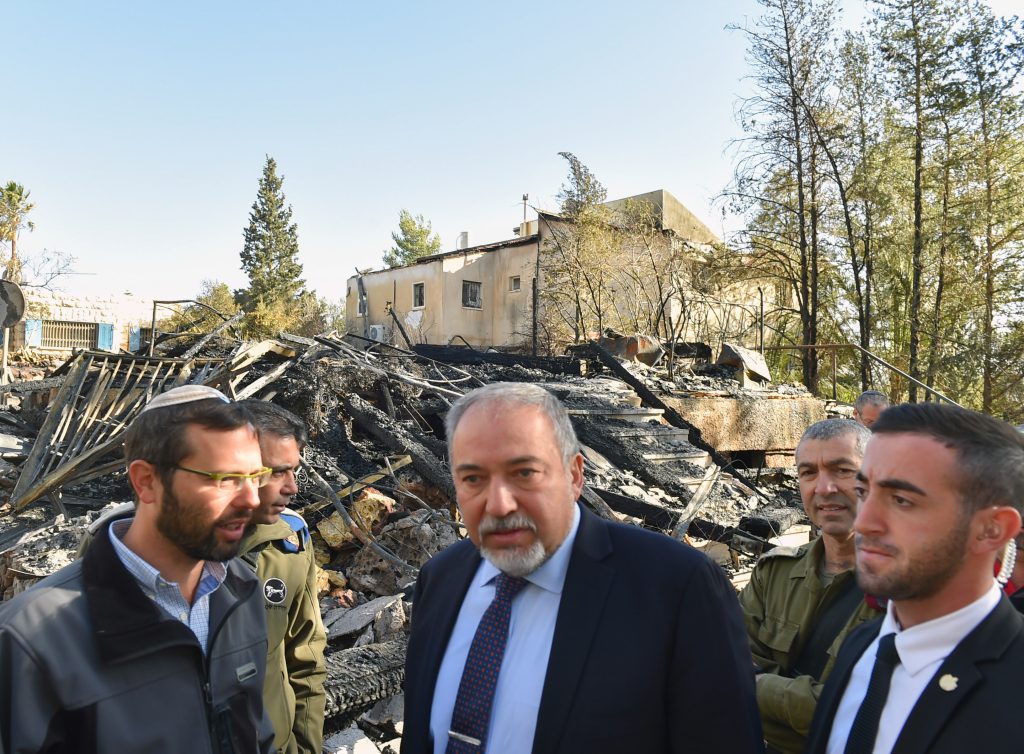 Motzoei Shabbos was the first time in a nearly a week that no new fires broke out in Israel, enabling firefighters to concentrate on dousing the flames that were still burning in some areas. School is in session in all towns in the country, although some 200 families were still not permitted to return to their homes in Chalamish, in the Binyamin region.

A total of about 1,000 homes were destroyed in the nearly 300 fires that plagued Israel since Tuesday, most of them in Haifa. However, many hundreds of others were damaged, some of them rendered uninhabitable. The government has said that it will cover all direct expenses related to the fires for those whose homes were destroyed or damaged, with the first payment of NIS 2,500 per resident authorized on Saturday night. A total of 41,000 dunams of forest lands burned to the ground as well over the past week.

Officials were hopeful that Sunday would be a quieter day, given the fact that Israel was now as prepared as possible to deal with the fires. Over a dozen planes from foreign countries, including the Boeing Supertanker, were still in the country, available to put out new fires as they began. IDF, police and Border Guards remained on high alert, seeking out arsonists who sought to start new fires. The weather will remain dry and windy for now, but forecasters said that wintry weather, complete with heavy rains, would descend upon Israel later in the week.

Meanwhile, the IDF overnight Motzoei Shabbos arrested an additional two Arab arsonists who were observed setting fires. The two attempted to set a fire adjacent to a gas station in the Gush Etzion region. The two join 23 others who are currently in custody for setting fires or inciting others to do so.

Numerous suspects were taken into custody after being observed directly by security forces trying to set fires and running away. The IDF said that it had deployed several “technological innovations” in order to catch arsonists. Several of the suspects were arrested after they had set fires and returned to their villages. In one instance, footage showed a 44-year-old Arab resident of the village of Husan, near Beitar Illit, attempting to start a fire in Menachem Begin Park, a large forested area south of Yerushalayim. The Arab was detained and questioned, and police plan to seek an extension of his remand.

If the acts of arson are equivalent to acts of terror, the arsonists should be treated as terrorists, Public Security Minister Gilad Erdan said Saturday night. “Most of the people we arrested were Arab residents of Yehudah and Shomron, with several Israeli Arabs,” Erdan told Channel Two. “We arrested 35 people, 23 of whom are still in custody. Several of them were arrested for incitement. This is a new kind of terror. The incitement that previously prompted young Arabs to stab people in Yerushalayim is now being used to incite people to take advantage of the weather and burn people’s homes.”

Erdan said that the same punishments meted out to terrorist stabbers should be applied to terror arsonists. “We have proven tools to deal with these situations, such as demolition of houses. We need to demolish the houses of these terror arsonists.”