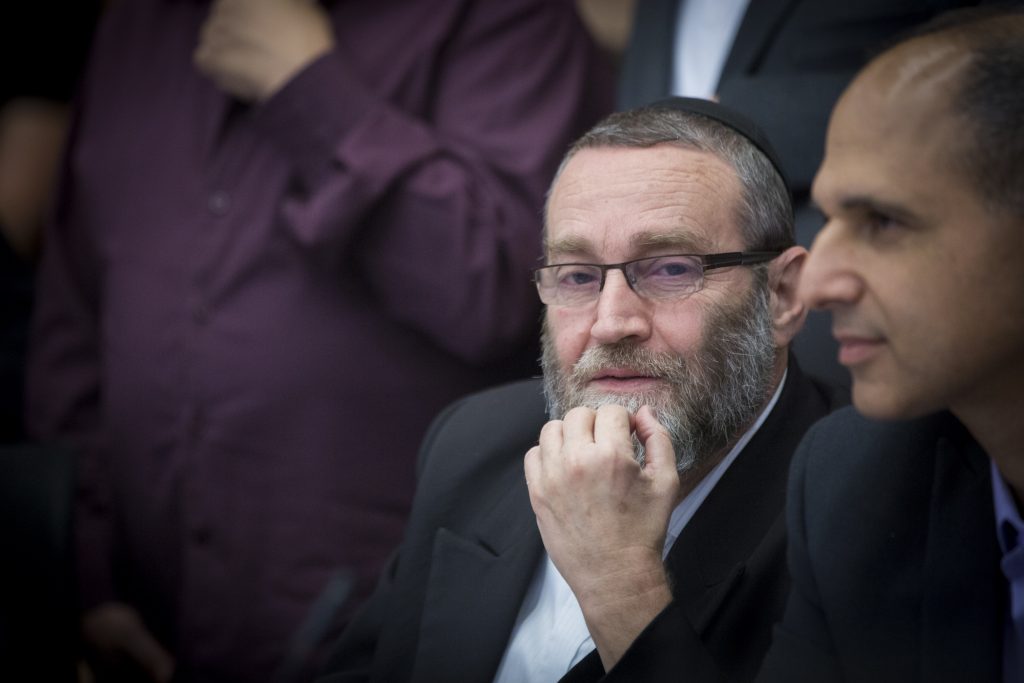 At a meeting on Sunday, all the major health fund representatives acceded to Rabbi Gafni’s request that people should be able to submit a form so they won’t have to pay for their care in the hospital.

He thanked the health funds, saying that anyone who is a victim of one of these fires is entitled to emergency room treatment without having to worry about payment.

The Finance Committee is scheduled to convene on Monday to discuss compensation for fire victims.

“There’s no reason to wait,” Rabbi Gafni said. “The Knesset and the government must immediately enter the thick of things.”

“People lost their homes and we must discuss, as quickly as possible, how we can stand with them and help them rebuild their homes, neighborhoods and cities that were harmed,” Gafni added.

“Government representatives already said that they will recognize the fires as [attacks] with a nationalist background, and therefore we must make it easier for everyone who was hurt to get immediate treatment without having to pay,” he stated.

Meanwhile, Constitution, Law and Justice Committee chairman Nissan Slomiansky (Jewish Home) proposed a bill that would set a minimum punishment for arson at one-fifth of the maximum, which is already listed in the law as 15 years, and if it is of state property or a nature site, 20 years.

“The scope of the damage caused in recent days by arson is incomprehensible,” Slomiansky stated. “The [penal code] today does not set a minimum punishment or a monetary fine, and therefore, there is an immediate need to amend the law and increase our deterrence.”

Slomiansky expressed hope that increasing the penalty for arson will “stop the madness” of recent days.