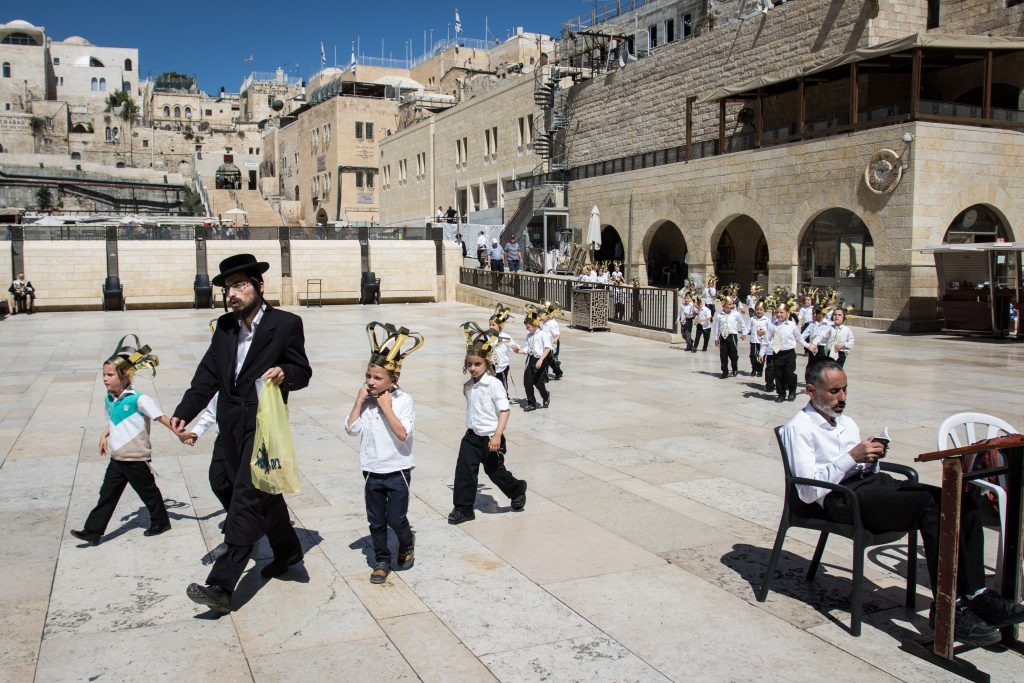 At least 150 schools in Yerushalayim currently do not have sufficient security, according to the office responsible for school security in the city. In a letter to police, the office said that for months now, there has been a consistent shortfall of at least 90 security guards in schools daily.

The situation was exacerbated this week as dozens of school security guards in Yerushalayim handed in their resignations, saying that their work situations have worsened in recent months. A group representing the guards said that many more are preparing to quit as well, as they have given up trying to negotiate for higher wages and better benefits.

Among the reasons for the mass resignations, the group said, is the reduction of hours imposed on the guards as the result of a contract between the Education Ministry and the Treasury. Nearly all the guards work for private contractors, with the Education Ministry hiring the firms, but the schools are budgeted for only six and a half hours a day of work in each institution. Formerly, security guards had worked nine and a half hours a day.

In addition, Finance Minister Moshe Kachlon ordered that the guards not be allowed to collect unemployment pay over the summer when school is out, but instead are to receive salaries – if they work. But according to the group representing the workers, the city did not budget for that summer pay, and over the summer the workers were employed for barely 30 hours altogether. In protest over the situation, the guards tried to call a work dispute, threatening to strike in September and then again in October – only to be told by the Tel Aviv Labor Court that only the Histadrut had the right to call for a work dispute and subsequent strike.

The reason the Histadrut did not do so on behalf of the workers, said the group, was because they were contract workers who the union does not represent. “Protests, which we have held, haven’t worked, strikes are illegal, and meanwhile the security situation for children slips. If a tragedy happens who will take the blame? The security guard, except that the security guard can’t feed his children under these circumstances.” Hence, the group said, the mass resignations.

Somebody had better do something quickly, said Paz Cohen, chairperson of the Yerushalayim PTA, or schools would find themselves absent not only security guards, but students. “If institutions are not guarded we will not sent our children there. We will not place them in harm’s way,” she said,

In a statement, the municipality said that it was “working with government offices and all others involved in order to raise the salaries of guards and improve their work conditions. In any event, the municipality will work with police to ensure that no institution is left without security.”