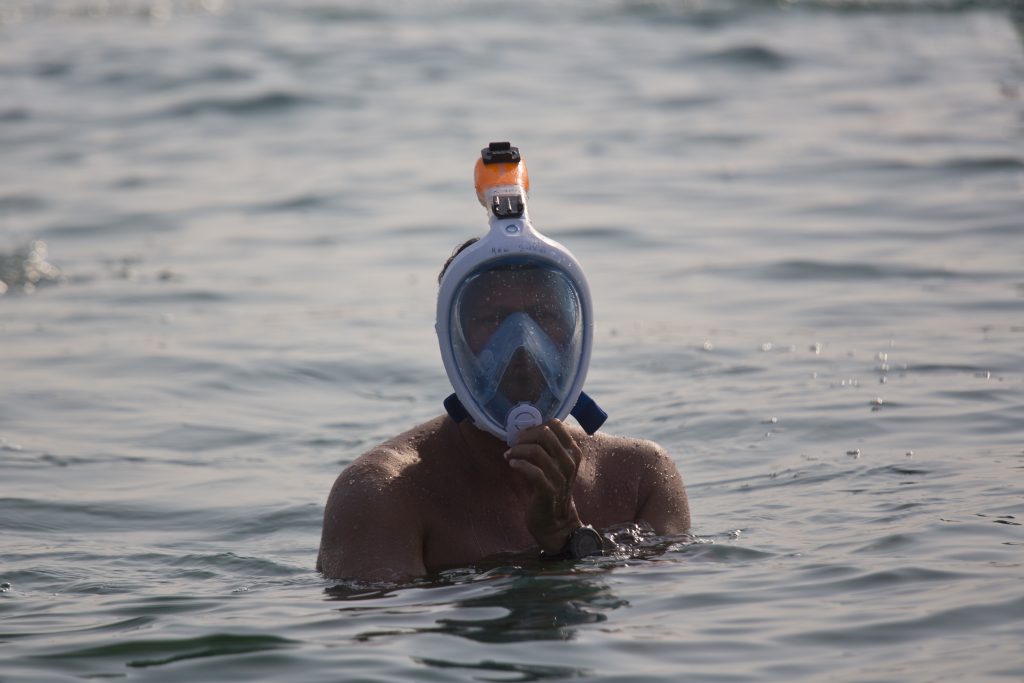 Swimmers from around the world plunged into the salty waters of the Dead Sea on Tuesday to attempt a seven-hour swim across the fabled lake in a bid to draw attention to its environmental degradation.

Wearing protective masks and snorkels, 25 swimmers paddled through the muddy water to attempt the 9-mile swim from Jordan to Israel.

The Dead Sea, the lowest place on earth at 1,388 feet below sea level, has shrunk significantly over recent decades, a process environmentalists blame on unsustainable water management and over-exploitation of the lake’s minerals.

“We’re here for the first-ever Dead Sea swim challenge with 25 swimmers that come from all over the world to send out a clear message to save the Dead Sea, which is shrinking today at an alarming rate,” said Mira Edelstein, from the environmental group EcoPeace, one of the swim’s organizers.

Organizers say the Dead Sea’s water level has fallen more than 80 feet over the last three decades. The Dead Sea’s southern basin, disconnected from the shrinking northern side, has seen flooding in recent years because of heavy industrialization.

The swimmers, who hail from Israel, the Palestinian territories and as far as New Zealand, South Africa and Denmark, wore special face masks to shield them from the briny water, which is painful to the eyes and can be deadly to ingest. The group is also being accompanied by support vessels with medical equipment and food. The lake’s high salt concentration causes bathers to float.

Jackie Cobell, a British long-distance swimmer, called the Dead Sea swim “historic and iconic,” before descending into the water. “This is really important because it’s disappearing fast.”